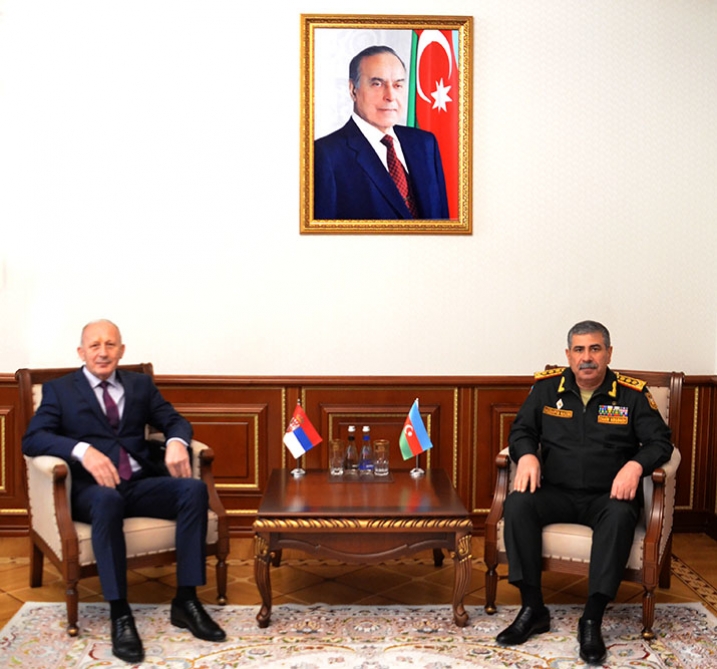 Congratulating the ambassador on the beginning of his diplomatic mission in Azerbaijan, the minister wished him success in expanding military cooperation between Azerbaijan and Serbia.

At the meeting, the special role of the heads of state in developing relations between the two countries was emphasized as well as it was noted that relations in the military sphere successfully continue as in many different fields.

Expressing satisfaction with his appointment as ambassador to Azerbaijan, the diplomat noted that he would spare no effort to develop Azerbaijani-Serbian relations, especially in the military sphere. The ambassador proposed to exchange experience on the Azerbaijan Army’s successful military operations during the Patriotic War.

The sides exchanged views on relations between the two countries, the military-political situation in the region, as well as the prospects for bilateral military cooperation.