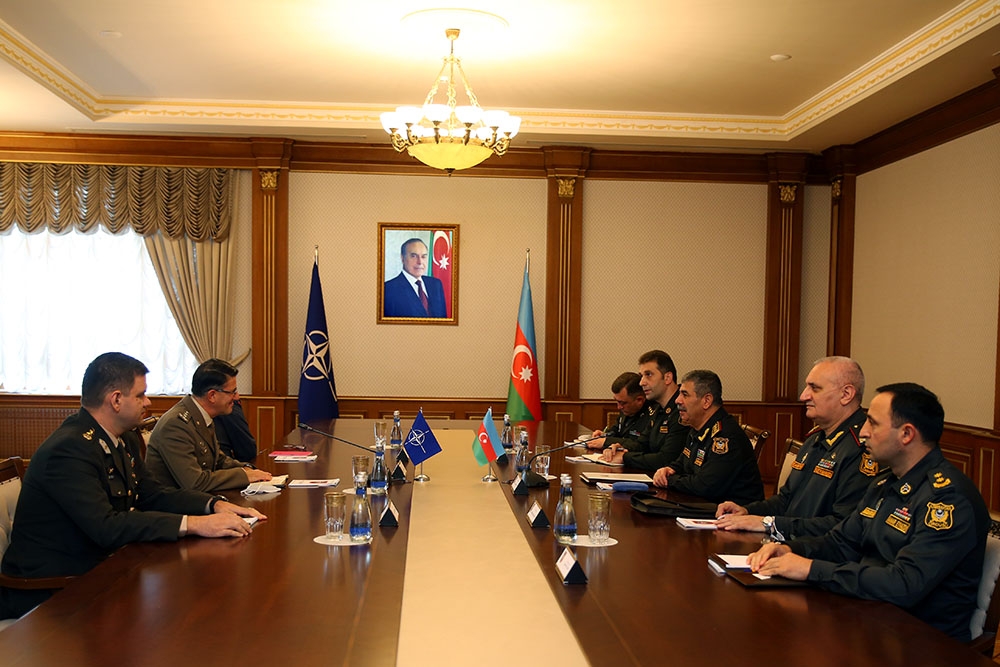 Azerbaijan`s Minister of Defense, Colonel General Zakir Hasanov has met with a delegation led by Director of the Cooperative Security Division of the International Military Staff Major General Francesco Diella, the Ministry of Defense told AZERTAC.

The defense minister briefed on the work done by the Azerbaijan Army in the liberated territories after the victory of the Azerbaijan Army under the command of President of the Republic of Azerbaijan, Supreme Commander-in-Chief of the Armed Forces Ilham Aliyev, and the current situation on the state border.

Major General Francesco Diella hailed the current state of NATO’s cooperation with Azerbaijan, the positive results achieved in the field of cooperation, and stressed the importance of further developing relations.