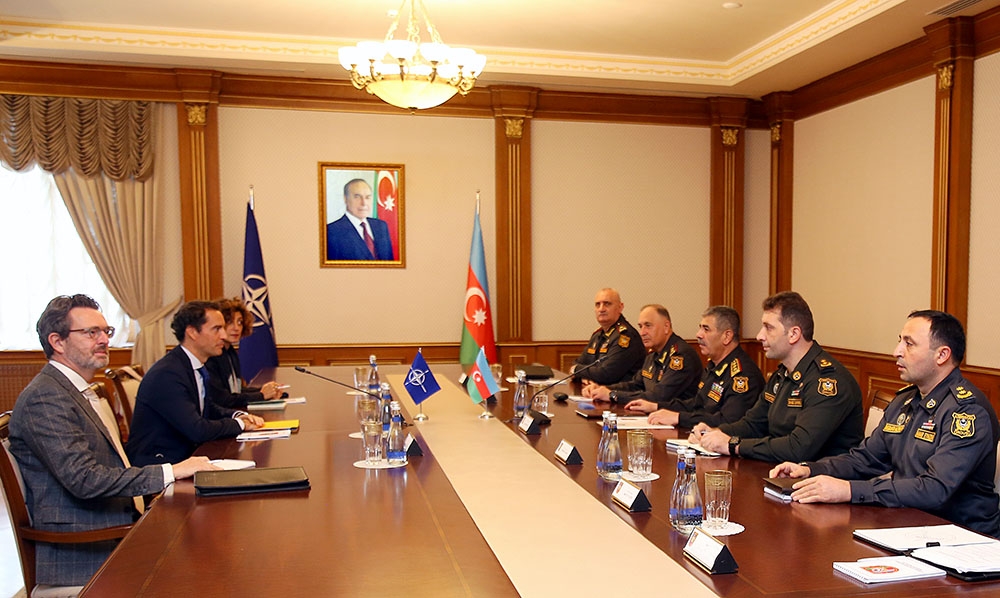 The defense minister informed the delegation about the work done by the Azerbaijan Army in the liberated territories after the glorious victory under the command of President of the Republic of Azerbaijan, Supreme Commander-in-Chief Ilham Aliyev as well as the current situation on the Azerbaijan state border.

Colonel General Zakir Hasanov expressed his satisfaction with the current state of cooperation with NATO, the positive results achieved in the field of cooperation, and stressed the importance of further developing relations.

The post-war situation and other issues of mutual interest were also discussed at the meeting.