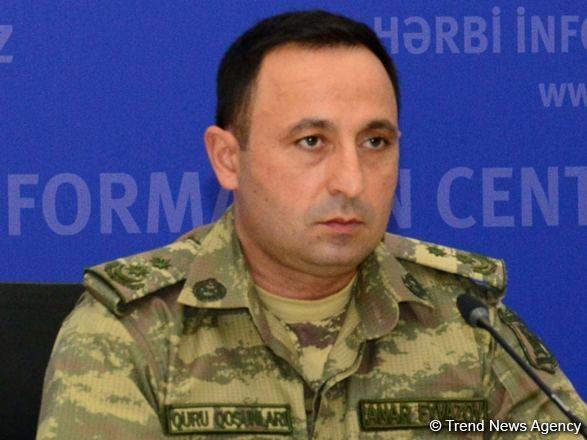 According to Eyvazov, Armenian Armed Forces have lost control over the occupied territories.

“Unable to overcome these failures, the Armenian side resorts to various provocations,” he said.

Eyvazov further said that Azerbaijan observes all the norms of international law, and doesn’t shoot at civilians, only military targets.

“Azerbaijani side can establish safe humanitarian passagess, and in this regard, appeals were made to the population of Armenia. Azerbaijan will create conditions for safe withdrawal of Armenian servicemen who want to leave the occupied lands,” Eyvazov added.

The fighting continued into October 2020, in the early days of which Armenia launched missile attacks on Azerbaijani cities of Ganja, Mingachevir, Khizi as well as Absheron district.