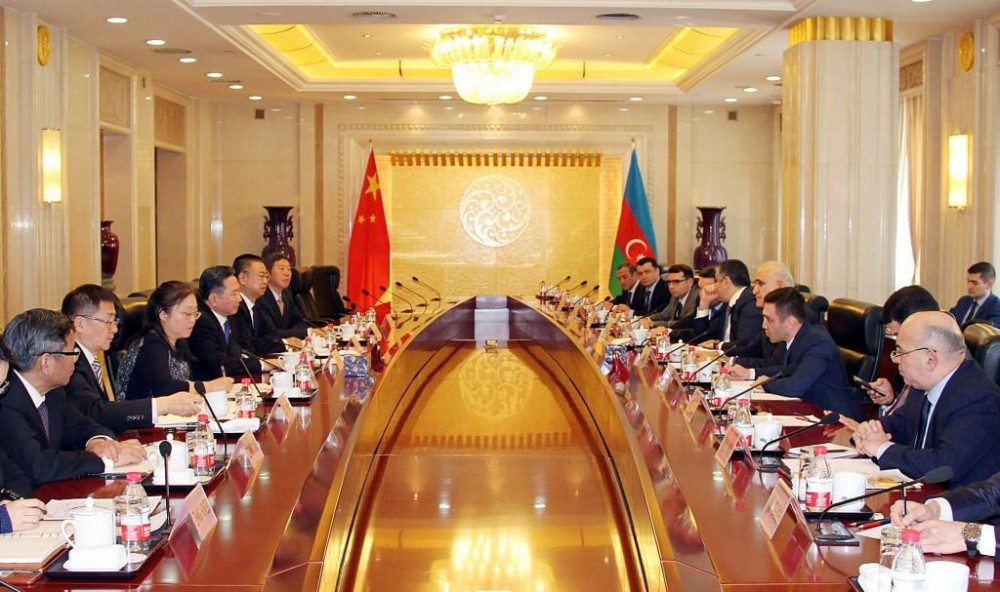 An Azerbaijani delegation led by Minister of Economy, Co-Chair of the Azerbaijan-China Intergovernmental Commission on Trade and Economic Cooperation Shahin Mustafayev has held several meetings as part of the visit to China.

The Azerbaijani delegation met with Chinese Transportation Minister Li Xiaopeng. Mustafayev noted that Azerbaijan attaches special importance to cooperation with China in the transit-transport sphere and is interested in its development. The Azerbaijani Minister underlined that thanks to the Silk Road, close trade and humanitarian ties between the two countries have an ancient history. Shahin Mustafayev stressed that by expanding cooperation with countries as part of the One Belt One Road (OBOR) initiative, Azerbaijan is carrying out continuous activities to develop the Trans-Caspian International Transport Route.

The sides also discussed a number of issues, including the encouragement of joint measures to support the Trans-Caspian International Transport Route, expansion of cooperation between the relevant railway structures and the creation of a working group in order to develop transport links.

As part of the visit, the Azerbaijani delegation held discussions with Minister of Industry and Information Technology of China Miao Wei.

They exchanged views on the implementation of joint projects in the field of industry and information technologies in Azerbaijan, enhancement of joint efforts for the implementation of the Trans-Eurasian Information Super Highway (TASIM) project and other issues. The sides also discussed the creation of joint ventures in the fields of machine engineering, metallurgy, pharmaceuticals in the industrial parks of Azerbaijan and the expansion of mutual investment activities.

The Azerbaijani delegation also met with Director of the National Bureau of Statistics of China and Vice Chairman of the National Development and Reform Commission Ning Jizhe. They stressed the importance of encouraging the Trans-Caspian International Transport Route and discussed the development of cooperation in transit-transport, industrial, agricultural and other areas.

Previous A fascinating journey to Sheki or what attracts tourists here so much?
Next Shirvan National Park