Azerbaijani-Egyptian diplomatic relations at 30: On path of development 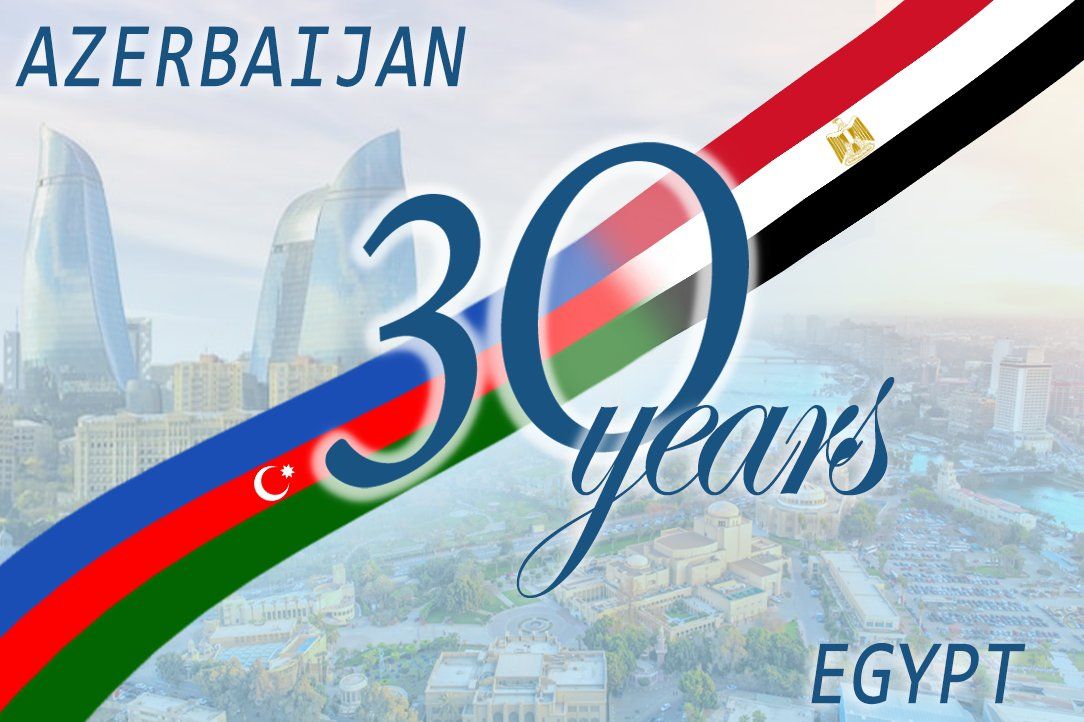 In 2022, Azerbaijan marks the 30th anniversary of establishing diplomatic relations with various states and international organizations.

Azernews, the nation’s first English language media outlet, continues its own pet project of examining major aspects of Azerbaijan’s relations with key actors of international policy in a Q&A format. This one is looking into Azerbaijan’s relations with Egypt, a major actor in Africa and the Middle East. The year 2022 marks the 30th anniversary of the diplomatic relations between Azerbaijan and Egypt, and Azernews will focus on some major aspects of the 30-year-long history of the two nations.

Throughout these years, Azerbaijani-Egyptian relations have developed constructively in bilateral and multilateral formats. Azerbaijan and Egypt share a common religion and culture, which also can be seen in similarities between the Azerbaijani and Arabic languages. The two countries enjoy developed cooperation in political, economic, trade, cultural, and other spheres.

Q: When did Azerbaijan and Egypt establish diplomatic relations? What do we know about the history of ties?

Q: What is the current state and spheres of economic cooperation between the two nations?

A: In total, Azerbaijan and Egypt have signed around fifty cooperation documents pertaining to various spheres.

The fifth meeting of the commission was held on February 25, 2022, in Baku. Following the result of the meeting, four memorandums of understanding were signed, that is, between the Small and Medium-Sized Business Development Agencies of the two countries; between Azerbaijan’s Export and Investment Promotion Agency (AZPROMO) and Egypt’s Trade and Industry Ministry on the establishment of the Azerbaijani-Egyptian Business Council; between AZPROMO and the Association of Egyptian Businessmen; and between Baku International Sea Port CJSC and the Port of Alexandria. At the same time, an Azerbaijani-Egyptian business forum was held within the framework of the meeting.

Regular air communication is maintained between the countries. At present, Air Cairo operates flights once a week from Baku to the resort city of the Red Sea Sharm el-Sheikh, and back.

Q: What do we know about the two nation’s bilateral political ties and cooperation?

A: The ties of friendship and cooperation that bind Azerbaijan and Egypt and the present level of inter-state relations are gratifying and the two countries attach great significance to them. The two nations’ cooperation is also based on mutual trust and support within the Non-Aligned Movement. In this regard, Egypt supported Azerbaijan’s election as chair of the Non-Aligned Movement and the extension of this chairmanship.

The two countries also actively cooperate within the Organization of Islamic Cooperation.

Q: What is Egypt’s role in the restoration of Azerbaijan’s liberated territories?

A: Egypt had continuously expressed support for Azerbaijan’s territorial integrity. After the end of the 44-day Second Karabakh War, Egypt voiced its interest in participating in the restoration process of Azerbaijan’s liberated lands.

Last year, the former Egyptian Ambassador to Azerbaijan, Adel Ibrahim Ahmed Ibrahim, in an interview with Vzglyad.az noted that the largest Egyptian companies Al Mocawloon Al Arab and dorra Group, specializing in construction and road infrastructure, visited Azerbaijan and expressed their interest in participating in the restoration process of Azerbaijan’s liberated lands.

Q: How do the two countries cooperate in cultural and other spheres?

In June 2022, the Egyptian Al-Hewar Center for Political Dialogue and Media Studies presented a book, entitled “30th anniversary of the Egypt-Azerbaijani relations” by researcher-journalist Mohamed Salama. The 219-page book made up of six chapters features political, economic, cultural, educational, religious, tourism, and sports cooperation between the two friendly countries of these years.