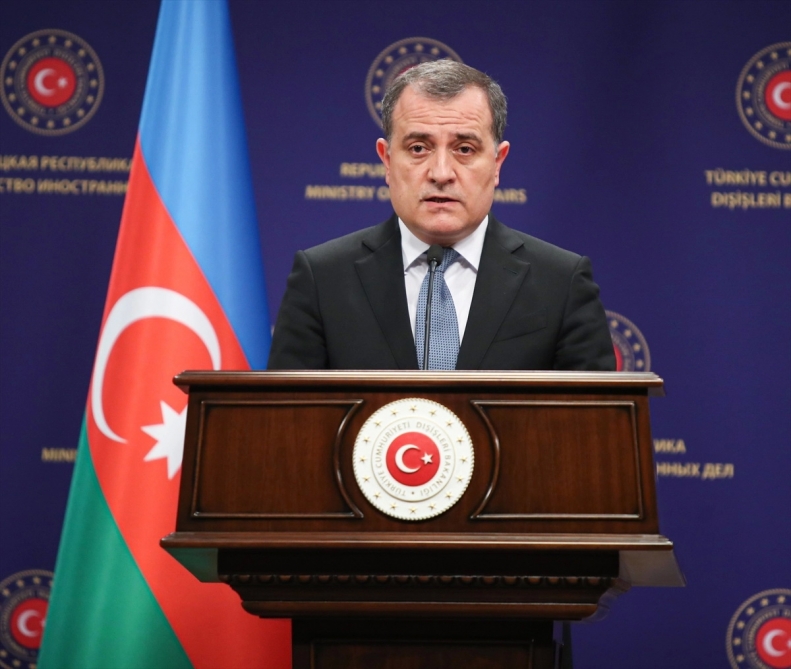 Azerbaijan’s Foreign Minister Jeyhun Bayramov has addressed an event dedicated to the 30th anniversary of diplomatic relations with friendly and brotherly countries organized at the National Library of the Presidential Administration of the Republic of Türkiye.

In his speech, Minister Jeyhun Bayramov spoke about the high level of development of relations between Azerbaijan and brotherly Türkiye over the past 30 years as the first state to recognize the independence of Azerbaijan.

The Minister noted that, in accordance with the spirit of the statements of the great leader of the Turkish nation Mustafa Kemal Atatürk “The joy of Azerbaijan is our joy, their sorrow is our sorrow” and the national leader of the Azerbaijani people Heydar Aliyev “One nation, two states”, over the past three decades, relations between the two countries successfully developed from the strategic level to the level of alliance with the conclusion of the historic Shusha Declaration. The participants of the event were informed that, as President of Azerbaijan Ilham Aliyev emphasized, today the Azerbaijani-Turkish relations have reached their historical peak and are at the highest level.

Minister Jeyhun Bayramov stressed that Türkiye has always supported Azerbaijan’s just position based on international law, especially the political support provided by the brotherly country to Azerbaijan at all levels during and after the Patriotic war. It was noted that this support of the brotherly country was highly appreciated by the Azerbaijani people and the head of state.

FM Bayramov underlined that the alliance of Azerbaijan and Türkiye, which has great political and economic potential, is aimed at further strengthening peace and security in the region, as well as economic development in the region.

Speaking about large-scale joint regional projects implemented by the two countries, the Minister said that these projects in the fields of energy, transport and logistics have greatly contributed to the further expansion of trade and economic relations at the bilateral level, as well as at the wider regional level.

Minister Jeyhun Bayramov noted that the events held over the past month with the participation of the heads of state, including the opening of the Rize-Artvin airport on May 14, 2022, the opening ceremony of the “TEKNOFEST Azerbaijan” festival on May 28, 2022, and the high-level speeches made here clearly demonstrate that the current level of fraternal ties does not need any explanation.

Noting the merits of Turkish Foreign Minister Mevlüt Çavuşoğlu in the development of relations between the two countries, the Minister thanked his counterpart in this regard.

At the end of his speech, Jeyhun Bayramov expressed confidence that the fraternal and allied relations between the two countries will continue to develop in the interests of the peoples.