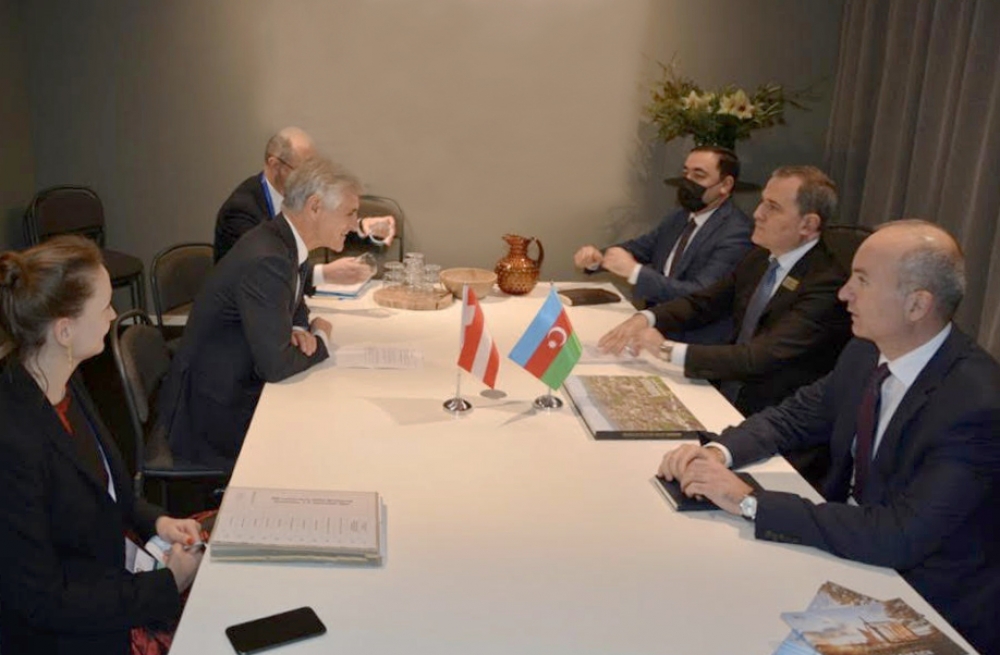 Azerbaijan`s Minister of Foreign Affairs Jeyhun Bayramov has met with Austrian counterpart Michael Linhart on the sidelines of the 28th meeting of the OSCE Ministerial Council in Stockholm.

Minister Bayramov noted with satisfaction the intensity of contacts between the two countries. The visit of the Austrian Foreign Minister to Azerbaijan in June of this year during the regional visit and the discussions held in this regard were mentioned.

Mutual interest in the development of bilateral relations was expressed. The sides exchanged views on cooperation in the fields of alternative energy, transport, transit, and heavy industry.

The Austrian Foreign Minister expressed interest in further developing economic relations with Azerbaijan after the pandemic. It was noted that the visit of a delegation of Austrian businessmen to Azerbaijan in November of this year will give impetus to the development of bilateral economic relations.

The ministers also discussed cooperation within international organizations, including the OSCE.

FM Jeyhun Bayramov briefed his counterpart on the current situation in the region, issues related to the implementation of the trilateral statements and steps taken by Azerbaijan in this direction.

Noting the importance of confidence-building measures between Azerbaijan and Armenia, the opposite side noted that Austria could assist the parties in this area.