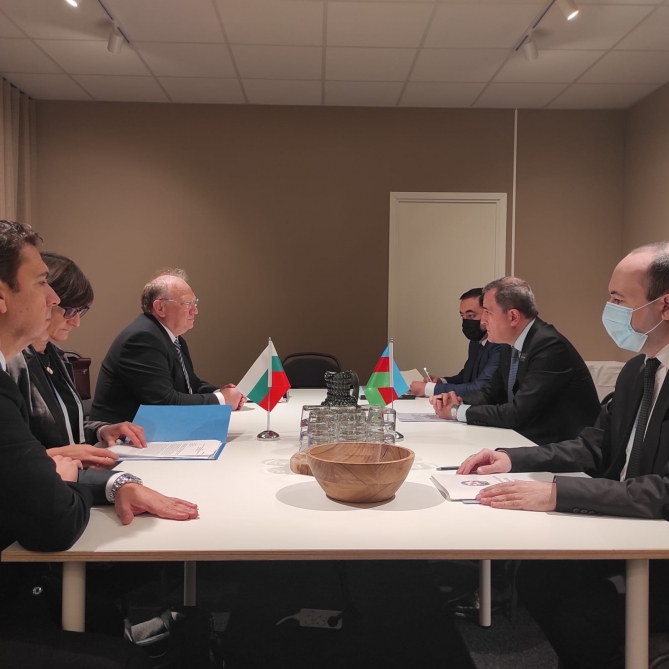 Azerbaijan`s Minister of Foreign Affairs Jeyhun Bayramov has met with his Bulgarian counterpart Svetlan Stoev on the sidelines of the 28th meeting of the OSCE Ministerial Council in Stockholm.

During the meeting, the ministers hailed the current state of strategic partnership between Azerbaijan and Bulgaria, and expressed mutual interest in developing this cooperation in various fields.

The sides also noted the potential for development of cooperation between the two countries in political, energy, cultural and other areas, and exchanged views on the celebration of the 30th anniversary of the establishment of diplomatic relations next year. In this regard, they stressed the importance of strengthening cooperation in various fields.

During the meeting, the ministers stressed the importance of the Southern Gas Corridor for Europe in terms of diversification of energy resources and energy security.

FM Bayramov informed his counterpart on the post-conflict situation in the region, the restoration and reconstruction work carried out in the liberated territories. The possibility of normalizing relations between Azerbaijan and Armenia on the basis of the norms and principles of international law and the steps taken by Azerbaijan in this direction were noted.