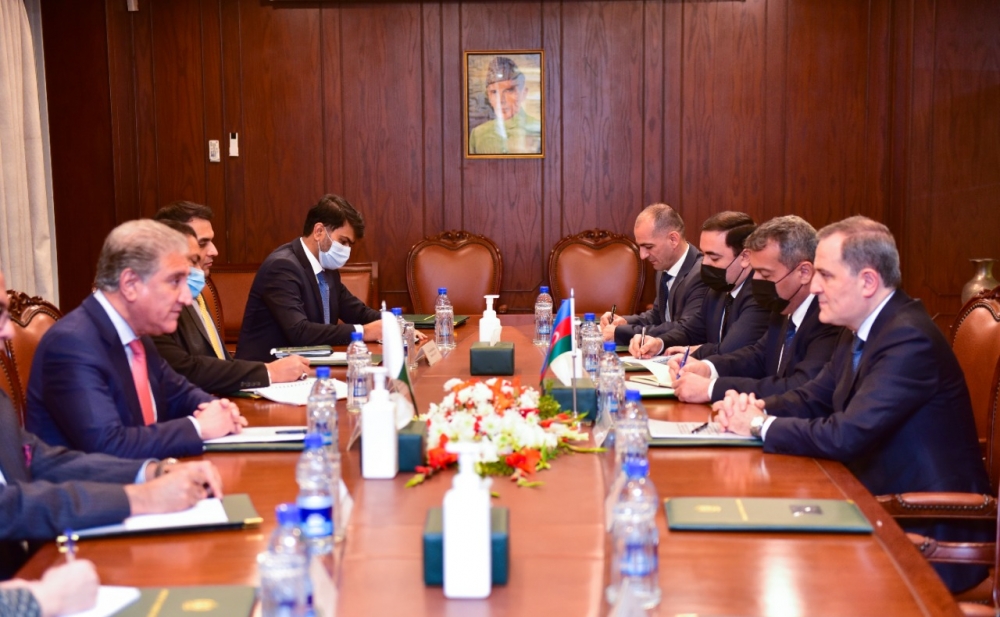 As part of his official visit to Pakistan, Azerbaijan’s Minister of Foreign Affairs Jeyhun Bayramov has met with his Pakistani counterpart Makhdoom Shah Mahmood Qureshi.

Describing the Pakistan-Azerbaijan relations as relations between two friendly and brotherly countries, the Pakistani Minister said that the relations in the political sphere are at a high level. He also poined out the prospects for developing bilateral cooperation in trade, investment and energy.

Minister Jeyhun Bayramov emphasized Pakistan’s unequivocal political and moral support to Azerbaijan’s position based on international law in connection with the former Armenia-Azerbaijan conflict, as well as during the 44-day Patriotic War, and noted that it was remembered with gratitude by the Azerbaijani people. Along with the high level of development of bilateral relations, the Minister referred to the ongoing trilateral cooperation, including the trilateral meeting of the Azerbaijani-Pakistani-Turkish foreign ministers this year, as well as the meeting of the speakers of the Parliaments of the three countries.

Speaking about the restoration and reconstruction work carried out in the liberated territories of Azerbaijan, Minister Jeyhun Bayramov noted that Pakistan’s experience was used in the demining process in these areas and expressed gratitude for the support of the friendly country to Azerbaijan in this regard.

The ministers also exchanged views on the humanitarian situation in Afghanistan and other regional issues of mutual interest.