In the midst of the Russian-Ukrainian conflict, Europe is looking for alternatives to Russian gas. In light of such events, as well as the potential for Azerbaijani gas exports and the implementation of large-scale projects, it is possible to say that Azerbaijan may become a good alternative and a lifeline for Europe in terms of gas supplies.

Against the backdrop of recent events, Azerbaijan’s geostrategic importance as a source of energy supply to Europe has already increased. Many European countries have expressed an interest in purchasing Azerbaijani natural gas.

Thomas Hegglin of the Swiss Gas Industry Association recently stated that in the event of disruptions in the supply of Russian gas to Europe, Switzerland will also have to reduce its consumption, stressing that one of the most important alternatives for Switzerland is Azerbaijani gas.

Hegglin noted that the shortage of Russian gas cannot be compensated for in Europe in full, at least not in the short term and without reducing consumption. In this regard, he stressed that Switzerland would still have an advantage as it will be able to continue receiving gas from Azerbaijan.

Albanian Prime Minister Edi Rama, during his official visit to Baku, noted that Albania and Azerbaijan have agreed on further steps in the energy field. He stated that they discussed the issue of gas supplies to Albania. In this regard, he noted that a technical team will start dealing with this issue soon.

Azerbaijan is also discussing the possibility and prospects of supplying natural gas to Moldova and Romania.

There are different ways to deliver gas from Azerbaijan to Europe. It can go through the Southern Gas Corridor, and there are also some refinements, such as Interconnector Greece-Bulgaria, which should be completed by the end of June.

Today, the final work on the Interconnector Greece-Bulgaria (IGB), which will transport natural gas from Azerbaijan to Bulgaria, is in full swing. It should be noted that Azerbaijan and Bulgaria agreed to supply 1 billion cubic meters of gas per year through the Greece-Bulgaria Interconnector beginning in 2021. However, because the IGB is still under construction, Azerbaijani gas is delivered to Bulgaria via the Kulata-Sidirokastro interconnection point. Currently, the country receives only one-third of this volume.

The consumers from Albania, Montenegro, Bosnia and Herzegovina and Croatia will also be able to use Azerbaijani gas through the Ionian-Adriatic pipeline in the future, which will become the northern branch of TAP.

Additionally, the Trans-Caspian Gas Pipeline, designed to bring Turkmen gas to Europe, was brought back on the agenda now.

Azerbaijan has the potential to become a good alternative for Europe in terms of gas supplies due to its large amount of gas reserves, track record as a reliable energy partner, and implementation of large-scale energy projects. 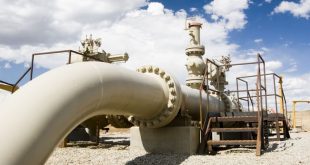