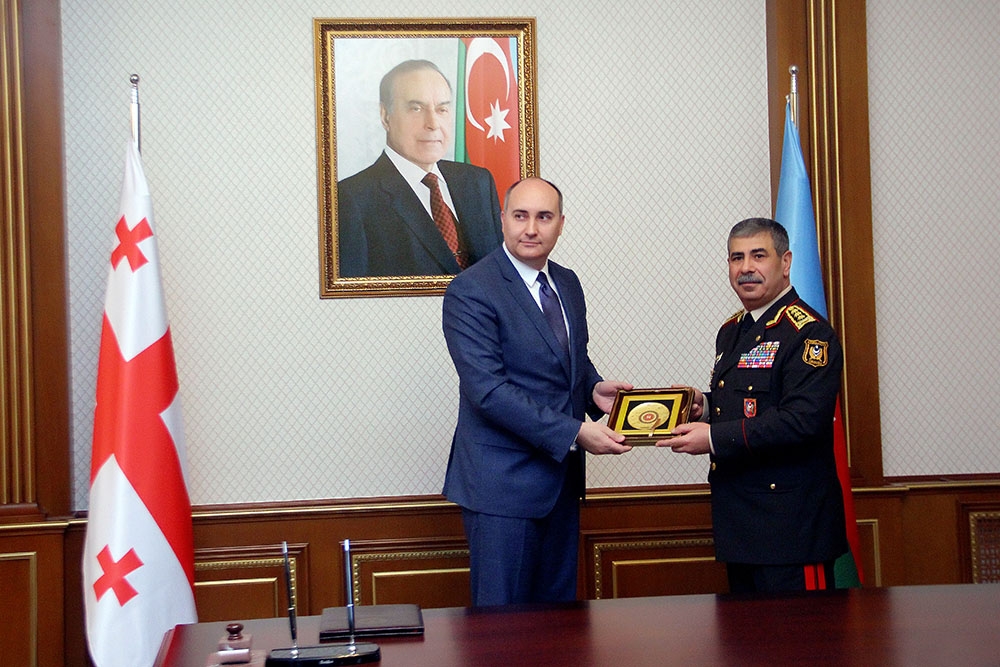 Prior to the meeting, an official welcoming ceremony was held in the Ministry of Defense. The Georgian defense minister passed along the guard of honor and national anthems of both countries were played.

During the meeting, Colonel General Zakir Hasanov stressed that joint cooperation between the two countries is at a high level and plays an important role not only in the development of the countries but also in ensuring security in the entire region. Noting the importance of joint exercises, Minister Hasanov described the “Eternity-2021” computer-assisted Trilateral Joint Command and Staff Exercises conducted in Georgia as clear example of friendship and unshakable cooperation between the countries.

The Azerbaijani defense minister informed the Georgian counterpart of the work carried out in the territories liberated under the leadership of Supreme Commander-in-Chief of the Armed Forces, President Ilham Aliyev.

The Georgian defense minister congratulated the Azerbaijani people on the victory in the Patriotic war and ensuring the territorial integrity of Azerbaijan. He stressed the importance of establishing peace in the region.

The sides emphasized that the friendly relations between the heads of the two countries played an important role in the development of ties between the two countries. They discussed the work done to develop bilateral and trilateral joint military cooperation with the participation of Azerbaijan, Georgia, and Turkey.

During the meeting, the sides also exchanged views on the prospects for the development of military cooperation, joint military exercises, organization of working meetings, and other issues of mutual interest.