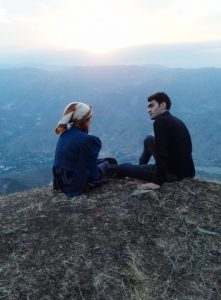 He said the movie, “Sholler’s Archive” is dedicated to the 200th anniversary of the resettlement of German colonists in Azerbaijan and was screened on the special order of Azerbaijani President Ilham Aliyev. The film highlights the commitment of Azerbaijanis to the European culture, the Azerbaijan-Germany friendship and the multicultural values of Azerbaijan.

Starring in the film are Ajdar Zeynalov, Shirzad Pirallahi, Ramiz Valiyev and others. The film gained five gold medals so far and narrates a story of the German colonist and his family, who moved to Azerbaijan.

During World War II, 22, 841 Germans were exiled to Kazakhstan and Siberia. One of the families were the Shollers. And Mrs. Sholler gave her 6 month old granddaughter to an Azerbaijani family due to the harshness of the conditions of exile.