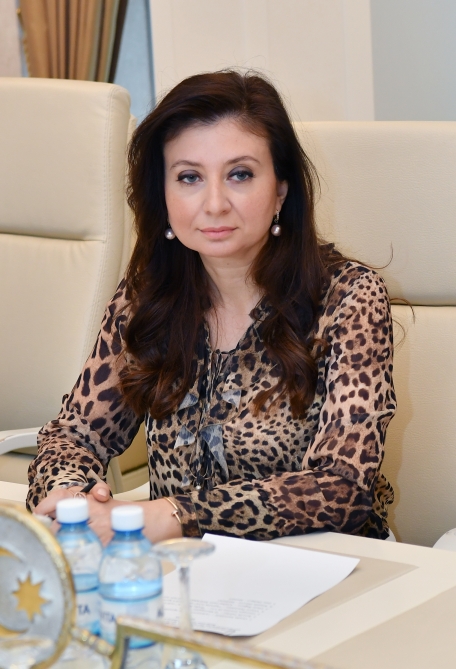 Azerbaijani MP Ulviyya Aghayeva has made an appeal to the international community. AZERTAC presents the appeal.

“As you know, Armenian Armed Forces violated the humanitarian ceasefire that was agreed on 10 October in Moscow after the meeting of the Foreign Affairs Ministers, which lasted around 11 hours. After the tough negotiations, Azerbaijan agreed to sign a humanitarian ceasefire deal and reaffirmed its commitment to the peace process mediated by the OSCE Minsk Group. However, Armenia’s state level policy of terror continues.

Last night the Armenian aggressors launched a missile attack on Ganja, the second largest city in Azerbaijan. As a result of this irresponsible and deliberate targeting of civilian Azerbaijani population in gross violation of the norms of international humanitarian law, 10 civilian residents of Ganja were killed, 35 people were injured including kids, women and elderly. Along with Ganja, several other cities such as Mingachevir and Barda have been shelled. In total, serious damage has been inflicted upon public and private property in the civilian settlements.

Use of cluster munitions by Armenia is of particular concern, since their use against civilian population serves only to inflict massive killings among the civilians and their unexploded parts remain to be source of threat for life and property of the civilians for a long time.

Events that ensued the ceasefire showed that Armenia abuses the goodwill of signing a ceasefire and uses humanitarian ceasefire to violate humanitarian law. There is no doubt that this ceasefire for Armenia is nothing but a chance to consolidate power to cover its losses on the battlefield, attempt to reoccupy the liberated territories and target the civilian infrastructure and settlements to cause panic in our society.

Under the humanitarian aid, corrupt air carrier Atlantis Armenian Airlines transported yet another volume of missiles and rocket systems to Armenia, which as I have mentioned were later showered onto civilian homes and infrastructure. It is a blatant violation of all principles of humanitarian law, primarily the Geneva Conventions. The international community should not remain silent on this vandalism and must condemn Armenia in the strongest terms.

Resort by the Armenian armed forces to inhumane methods by firing at homes and killing civilians of Azerbaijan for yet another time is not a single isolated case. This, in turn, represents an element of planned and systematic policy of terror that is being carried out by Armenia at the state level, which is a clear manifestation of fascism and barbarism.

I once again reiterate that, these kind of provocative acts once again prove that Armenia is not genuinely interested in political resolution of conflict and by all means tries to maintain the status quo of occupation.” 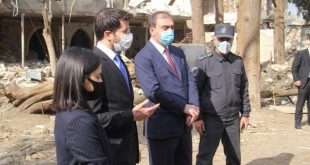 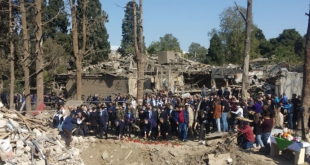