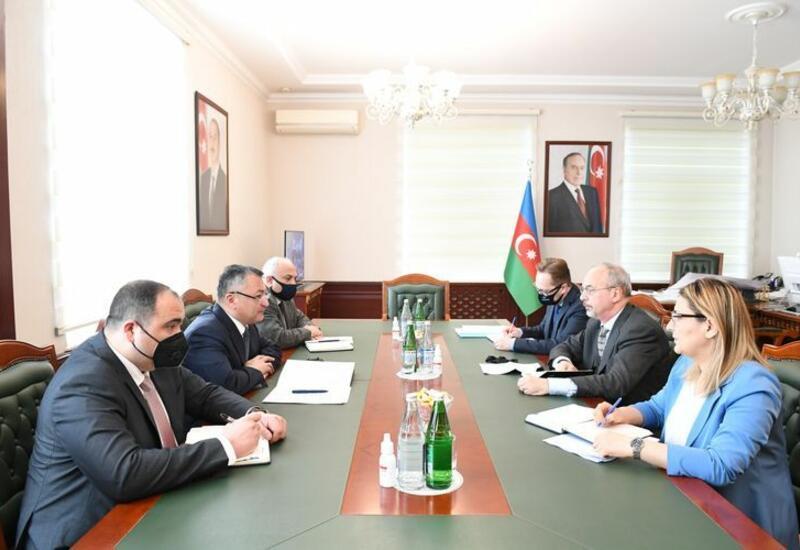 The head of Azerbaijan’s State Committee for Refugees and Internally Displaced Persons (IDPs), Rovshan Rzayev, and (United Nations High Commissioner for Refugees) UNHCR representative Guido Ambroso in Azerbaijan have discussed the return of refugees to their homelands recently liberated from Armenia’s occupation, Day.az reported on February 5.

The chairman of the committee noted that preparations are already underway for the return of IDPs to their permanent place of residence. Ambroso said that UNHCR is ready for cooperation in solving problems related to refugees and IDPs, and will make every effort in this direction, the report added.

It should be noted that a Moscow-brokered peace deal that Baku and Yerevan signed to end the six-week hostilities on November 10, 2020, also envisages the return of Azerbaijani IDPs to Azerbaijan’s Nagorno-Karabakh and seven adjacent regions under the UNHCR control.

The clashes between Armenia and Azerbaijan resumed after Armenia launched large-scale attacks on Azerbaijani forces and civilians on September 27. The November peace agreement ended the 30-year-old conflict between Baku and Yerevan over Azerbaijan’s Nagorno-Karabakh region that along with the seven adjacent districts came under the occupation of Armenian armed forces in the war in the early 1990s. For about three decades, Armenia failed to implement the UN Security Council resolutions demanding the withdrawal of the Armenian troops, which was the main obstacle to the resolution of the conflict.