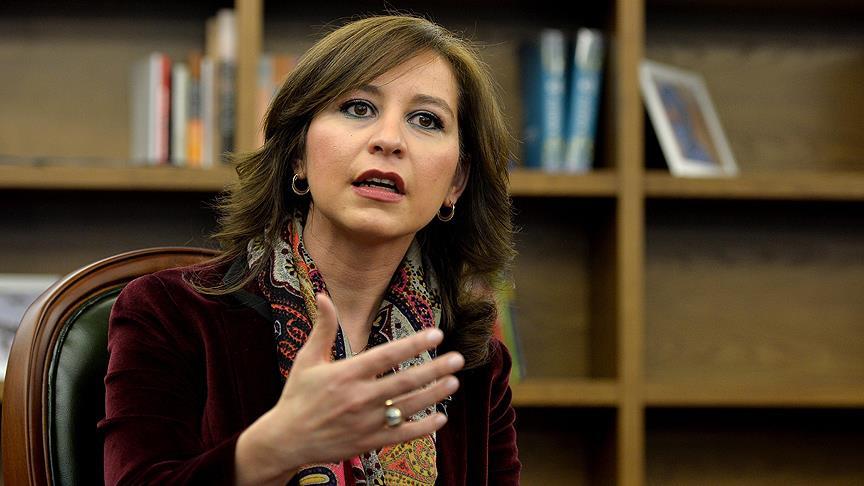 The fact that Azerbaijani President Ilham Aliyev, accepting credentials of the newly appointed ambassador of Greece, openly expressed his position, and supported Turkey, will become an example of unity in the Turkic world, Professor Naciye Selin Senocak, the head of the cultural diplomacy department at the Institute for European Studies in Brussels, told Trend on Sept.5.

According to Senocak, these statements of President Ilham Aliyev once again demonstrated to the international community that Turkey and Azerbaijan are brotherly countries.

“This exemplary, praiseworthy act of President Ilham Aliyev will give impetus to the strengthening of the Turkic world,” she said.

The professor also noted that Turkic-speaking countries can become a very important regional power in the world if they act together everywhere, following the example of Azerbaijan and Turkey.

“If united in a political and economic context, in deeds, and not in words, the Turkic world (Turkic Council) can become a force with a serious position within the UN and international law,” added Senocak.

Statements in support of Turkey, made by President Ilham Aliyev on September 2, when accepting the credentials of the new Ambassador of Greece to Azerbaijan, Nikolaos Piperigos, were widely spread by the Turkish media outlets.

Turkey’s Anadolu and IHA agencies, TRT HABER, CNN TURK, A HABER, TGRT HABER TV channels, newspapers Milliyet, Hurriyet, Sozcu, Takvim, Star, and others made publications on this topic with major entitlements, including “Support for Turkey from President Aliyev of Azerbaijan”, “Azerbaijan’s support to Turkey on the Eastern Mediterranean: we support without hesitation!”, “President Aliyev said to Greek ambassador’s face: we support Turkey in the Eastern Mediterranean without any hesitation”.