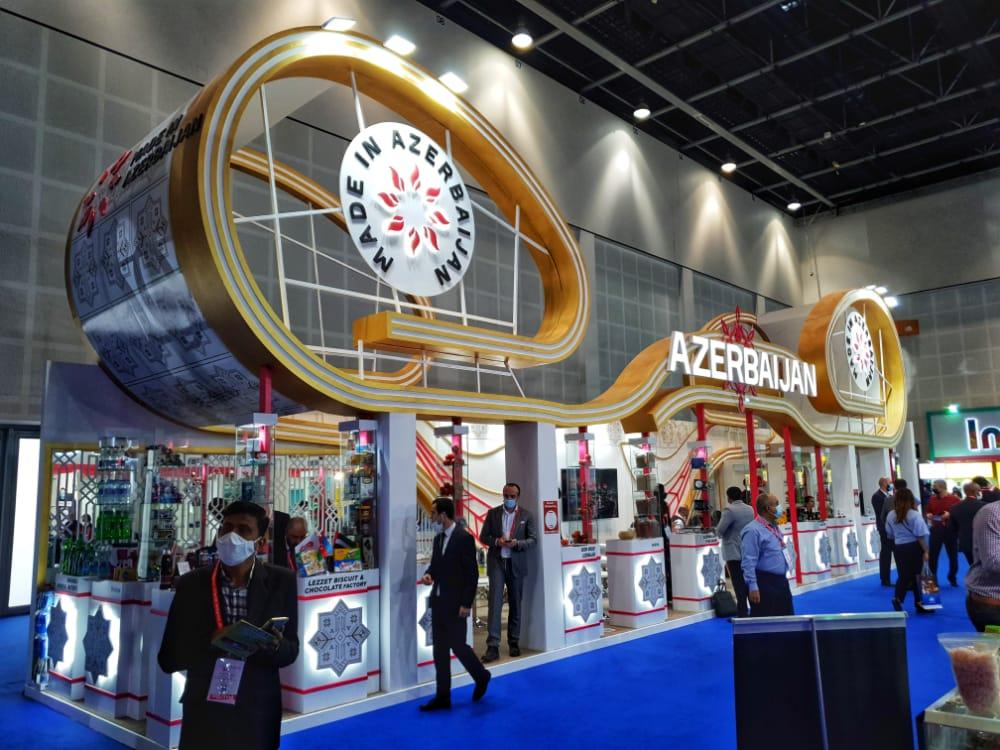 Azerbaijan’s export-oriented products are being presented at the International Food Exhibition Gulfood 2021, Economy Ministry has reported.

The exhibition opened on February 21 in Dubai, the United Arab Emirates.

At the exhibition, Azerbaijani companies working in the food industry will feature their products at a single national stand “Made in Azerbaijan”, organized by Azerbaijan Export and Investment Promotion Foundation (AZPROMO).

During the exhibition, which will run until February 25, Azerbaijani entrepreneurs will hold meetings with their counterparts from foreign countries to discuss the products’ export.

It should be noted that Azerbaijan is presented at the Gulfood international food exhibition for the fifth time.

Earlier, AZPROMO’s acting head Yusif Abdullayev announced that Azerbaijani entrepreneurs will participate in a number of international exhibitions in 2021, including an exhibition of wine and spirits in Chengdu, China in March 21-27, and in Mosbuild exhibition in Moscow in March 30 till April 2. He said that increasing foreign investments and developing new concepts to expand the geography of Azerbaijan’s exports will be among AZPROMO’s priorities in 2021.

In 2020, Azerbaijani entrepreneurs signed contracts worth AZN 14.8 million ($8.7M) during exhibitions in various countries. The value of exports carried out under these contracts amounted to more than AZN 10 million ($5.8M). In addition, 33 export missions and 33 international exhibitions were held in 2020.