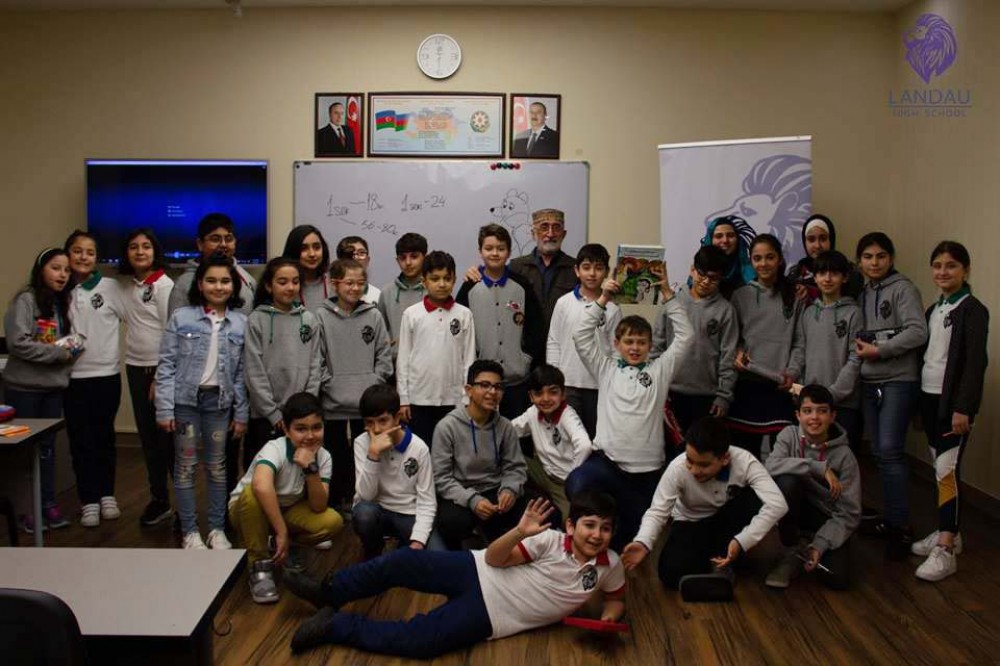 The organizers of ANIMAFILM Baku International festival held a meeting with the pupils of Landau School in Baku. The children were happy to host Elchin Hami Akhundov, the well-known animation director of Azerbaijan. He took this opportunity to explain the process of creating animated films to the schoolchildren and answered their questions.

Director of ANIMAFILM Festival Rashid Aghamaliyev addressed Landau School’s pupils via video message inviting them to the 2nd ANIMAFILM Festival, which will take place in October 2019 in Baku. He also promoted the opportunity to join the Festival’s Kids Jury consisting of 5 children.

The children watched the fragments of the 1st ANIMAFILM Festival and expressed their great interest to join the festival’s second edition.

Elchin Akhundov presented the book Azerbaijani animation and talked about the history of national animation. Then the animated film Jirtdan the Giant was demonstrated. The kids discussed their impressions about the film.

The member of Festival’s Organizing Committee Mirvari Aghakishiyeva played an interactive game called “Animation of Future” together with the schoolchildren. Thus, the kids became the authors of their own animation heroes and drew them on paper.

The Organizing Committee of the festival will inform about selection rules for Kids Jury soon. One of the children of Landau School may join Kids Jury.

Second edition of ANIMAFILM – Baku International Animation Festival will be held in the capital of Azerbaijan from October 18-20, 2019. The festival will show dozens of foreign and national animated films for children and adults for three days. The goal of the organizers is to create an annual event that will delight the local and foreign audience and professionals, as well as promoting the development of animation art in Azerbaijan.