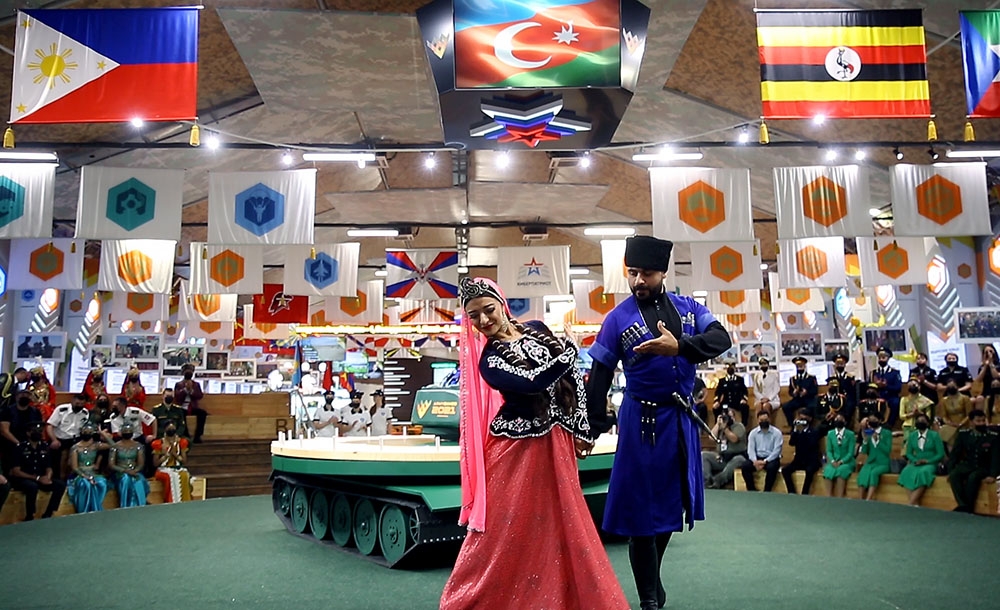 The “Army of Culture” creative contest is being held in Moscow, Russia as part of the “International Army Games – 2021”, the Ministry of Defense of Azerbaijan told AZERTAC.

“Azerbaijan is represented at the contest by the Song and Dance Ensemble of the Army Ideological and Cultural Center named after Hazi Aslanov,

In the creative contest, the Azerbaijani team will compete in the stages of “Vocal skills”, “Choreographic skills”, “Instrumental Genre” and “Exhibition Activities”.

Within the framework of the contest, national military marches will be performed by the servicemen, including the performance of Azerbaijani folk instruments and Azerbaijani national dances.

It should be noted that more than five hundred musicians, vocalists and dancers from about 20 countries will take part in the contests,” the ministry said.