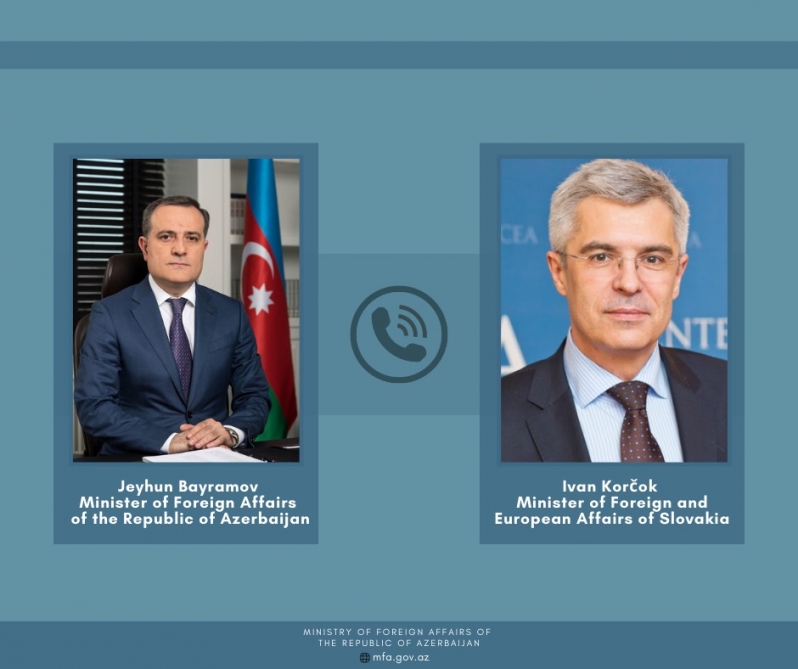 Azerbaijan`s Foreign Minister Jeyhun Bayramov has had a telephone conversation with Minister of Foreign and European Affairs of Slovak Republic Ivan Korčok.

Foreign Minister Ivan Korčok expressed serious concern over tensions in the region and emphasized the importance of restoring political dialogue.

Minister Jeyhun Bayramov informed his counterpart on another large scale military provocation by Armenia along the frontline on September 27, 2020, and counter-offensive measures by the Azerbaijani Army with the aim to repel military aggression by Armenia and ensure the security of densely populated civilian residential areas deep inside the territories of Azerbaijan. FM Bayramov noted that Armenia continues deliberate shelling the Azerbaijani civilians and civilian objects even after the humanitarian ceasefire was established on October 10, 2020. Azerbaijani cities located far beyond the front lines including Naftalan, Shamkir, Mingachevir, as well as Ganja came under rocket and artillery fire by Armenia’s armed forces.

Minister Bayramov stressed the importance of eliminating the consequences of the conflict and withdrawal of the armed forces of Armenia from all the occupied territories of Azerbaijan, as it is demanded by the resolutions of the UN Security Council, in order to ensure sustainable peace and security in the region.