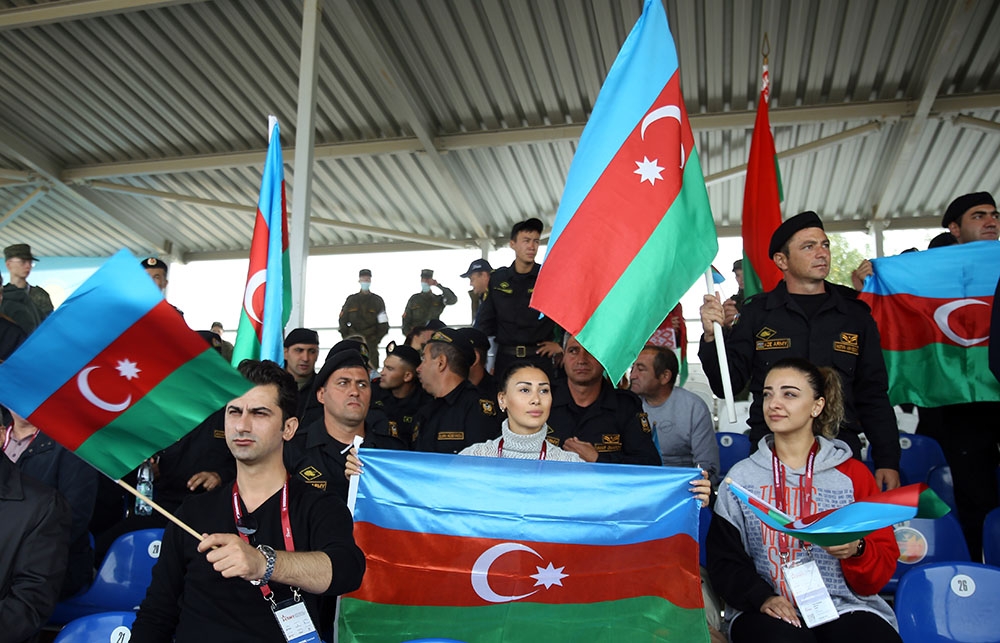 Azerbaijani tankmen have successfully performed in the next stage of the Tank Biathlon contest held at the Alabino military training ground in Moscow on the sidelines of the International Army Games – 2021, Azerbaijan’s Ministry of Defense told AZERTAC.

“The crew of the Azerbaijani team performed successfully competing at the Individual Race stage of the contest.

Azerbaijani tankmen, who destroyed the targets with various maneuvers, took the second place in the group.

The best at this stage were the Belarusian tankmen, the third place was taken by the team of Serbia, and the fourth place was awarded to the team of Kazakhstan,” the ministry said.