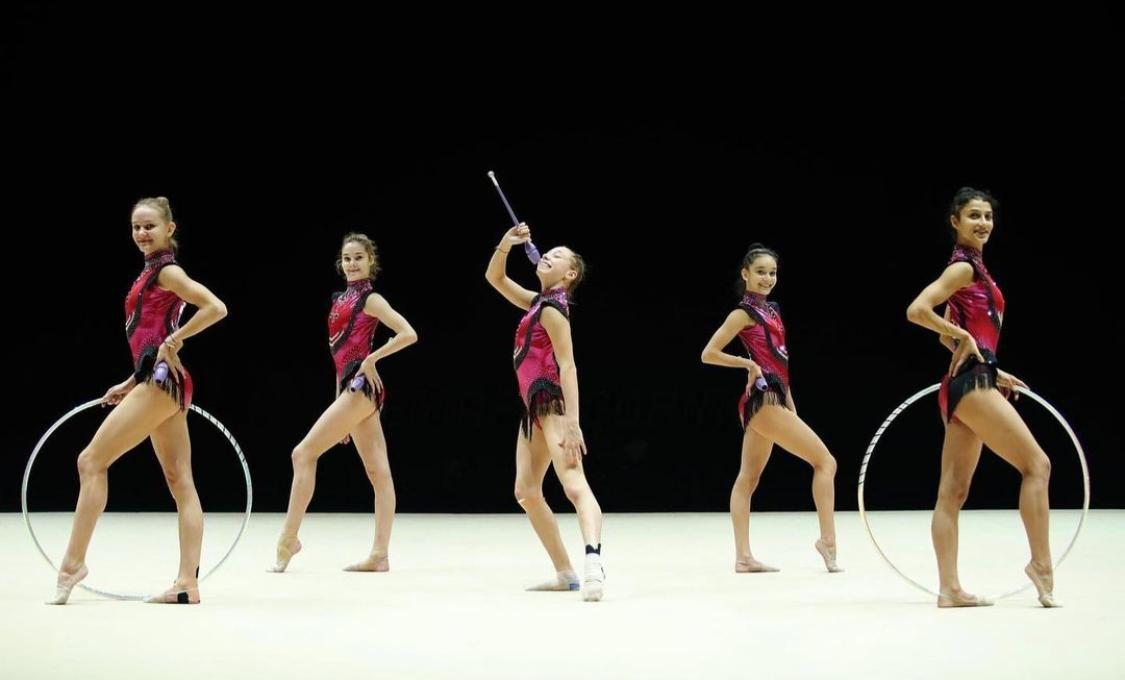 For performance in the program with 3 hoops and 2 pairs of clubs during the second day of the competition, the Azerbaijani team consisting of Laman Alimuradova, Zeynab Hummatova, Elizaveta Luzan, Maryam Safarova and Daria Sorokina received 33.500 points from the refereeing panel, and entered the finals of the Cup.

Following the results of the first day of the competition, the Azerbaijani team in group exercises reached the finals in the exercise with 5 swords with a score of 37.450 points.

The World Cup takes place in Sofia on March 26-28. Today, on the second day of the competition, gymnasts also performed in an individual program, performing with clubs and ribbons.

Azerbaijani gymnasts did not qualify for the World Cup finals in the individual program.