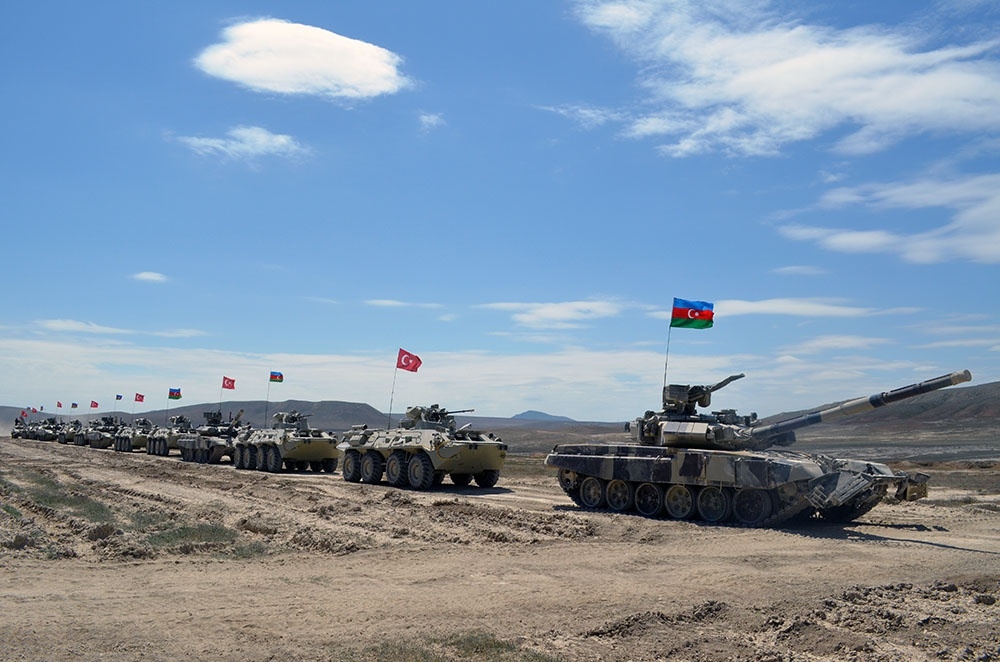 According to the agreement on military cooperation between the Republic of Azerbaijan and the Republic of Turkey, the “Mustafa Kemal Ataturk – 2021” joint live-fire tactical exercises have started in Baku, Azerbaijan`s Ministry of Defense told AZERTAC.

“The main objective of the exercises held with the participation of Azerbaijani and Turkish servicemen is to improve interoperability between the units of the armies of the two countries during combat operations, to develop the military decision-making skills of the commanders, as well as their ability to control military units.

The exercises that will last until June 30 involve up to 600 military personnel, up to 40 tanks and other armored vehicles, up to 20 artillery pieces and mortars of various caliber, 7 combat, and transport helicopters, 3 unmanned aerial vehicles for various purposes, as well as up to 50 auto vehicle,” the ministry said.

Previous Trade turnover between Azerbaijan and China increases
Next Aliyev: Armenia must determine borders with Azerbaijan as conflict is over