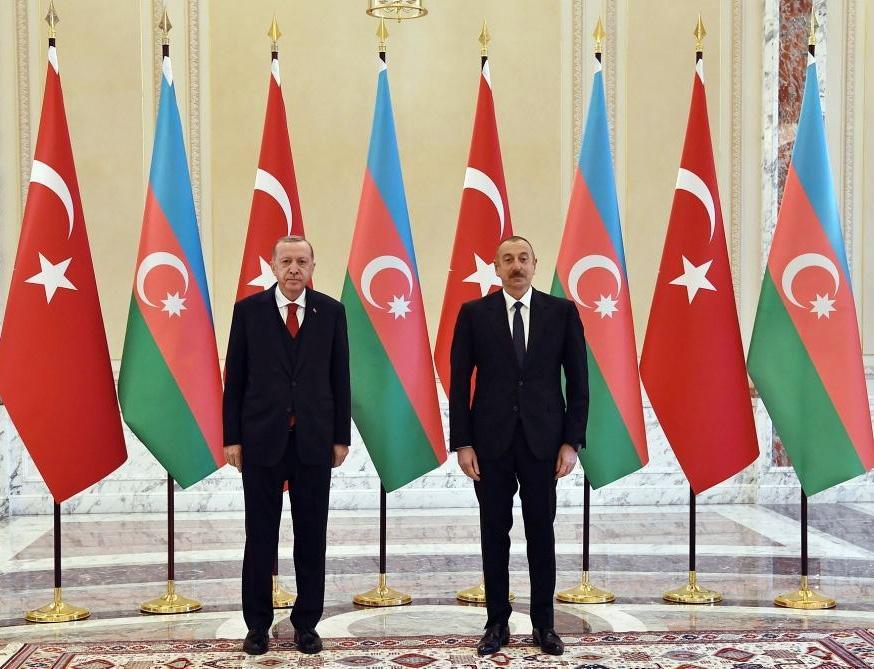 President of Azerbaijan Ilham Aliyev phoned to President of Turkey Recep Tayyip Erdogan in connection with the anniversary of the attempted coup d’état on July 15 in Turkey, Azertag reported.

The head of state, firstly commemorated the martyrs who were killed in those days. President Ilham Aliyev said that the determination and great leadership of Recep Tayyip Erdogan have personally played an exceptional role in preventing this treacherous coup attempt against the Turkish statehood and people.

At the same time, the head of state noted that the close unity of the people around Recep Tayyip Erdogan in those historic trial days was a clear example of the selflessness of the Turkish people on the path to statehood.

President Ilham Aliyev emphasized that today, as in the days of the July 15 coup attempt in Turkey, Azerbaijan stands by friendly and brotherly Turkey, and expressed confidence that the close unity between the two countries and peoples will continue to strengthen.

Recep Tayyip Erdogan thanked the Azerbaijani President for the phone call and attention and expressed confidence that the Turkish-Azerbaijani unity and brotherhood will always be strengthened.

During the conversation, the sides discussed various aspects of bilateral cooperation.

Previous SOCAR, Technip Energies enter cooperation agreement on offshore sustainable energy development
Next Leyla Abdullayeva: Armenian deputy PM forgot that the elections are over; now is the time to do real things, not populism