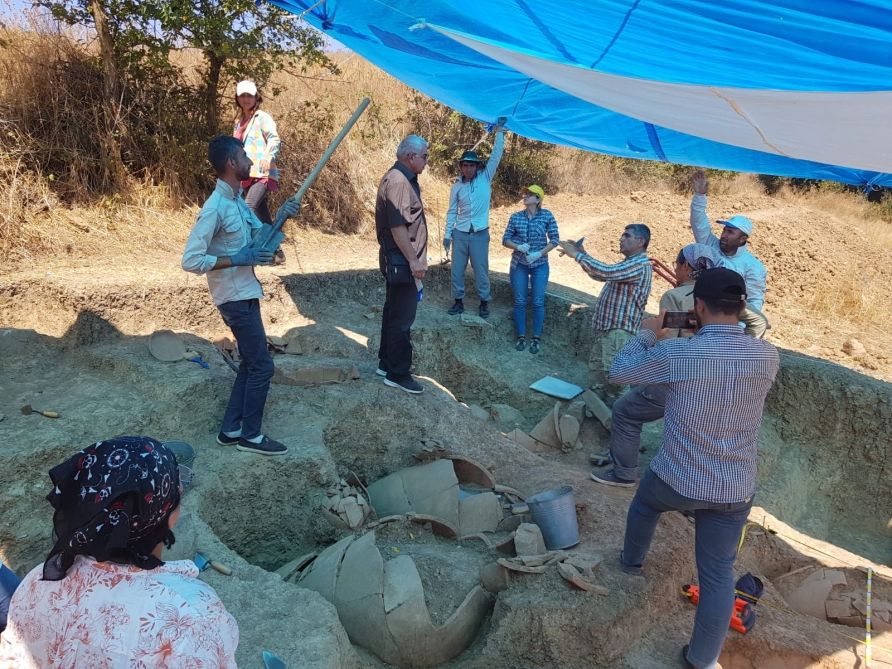 Azerbaijan and the US archaeologists are conducting excavations in the jar burial site in the country’s southern Lerik region, Azernews reports, citing the Azerbaijan National Academy of Science (ANAS).

According to the ANAS, Professor Abbas Seyidov, General Director of the Archaeology, Ethnography and Anthropology Institute, got acquainted with the archaeological research activities conducted by the expedition for the study of ancient monuments of the South-Eastern highlands on the territory of Lerik, as well as with the exhibits of the regional history-geography museum.

Seyidov first visited the Piboz monument, where archaeological research was carried out in the ancient cemetery in the territory of Gurdasar village in 2012-18. Then the general director visited the Khimbapoca tombs in Boykendil village, where the expedition was underway.

As a result of the study carried out there, the team has uncovered and investigated 12 tombs. These burials, dating from the first to third century AD, are located in a hilly location 700 meters above sea level. Kids’ graves are generally found in pot graves of various sizes. Archaeological excavations are still ongoing.

In addition to the Institute of Archeology, Ethnography, and Anthropology staff, researchers from the US University of Pennsylvania are participating in the expedition.

In the same vein, Seyidov, together with officials from Jalilabad District, visited the archaeological excavations at the Neolithic-Chalcolithic Pasha Tapa (Hill) monument in Jafarkhanli village.

The samples of material culture discovered during the research conducted in the monument give grounds for new scientific ideas about the history of the region.

Rafik Jalilov, the head of the Jalilabad District Executive Authorities, who visited the monument, stressed that such items would play an essential role in the growth of tourism in the future.

After familiarizing himself with the monument and the discoveries and delegating pertinent responsibilities to the archaeologists, Seyidov met with Jalilov to discuss thoughts regarding the region’s history. The two men reviewed the tourist potential of historical sites, the creation of a special book, and other relevant concerns.