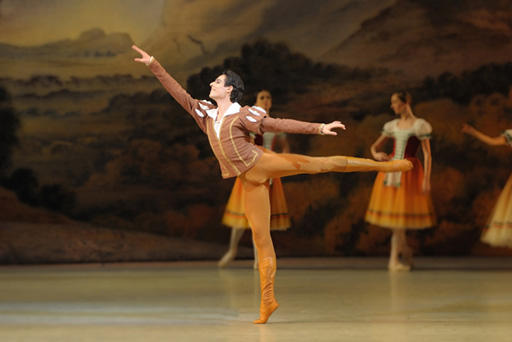 The Mariinsky Ballet will go on tour to Washington, DC (U.S.).

The ballet dancers will perform on the stage of the John F. Kennedy Center for the Performing Arts on April 9-14.

The ballet “Corsaire” based on the choreography by Peter Gusev will be staged as part of the tour.

Le Corsaire is a ballet typically presented in three acts, with a libretto originally created by Jules-Henri Vernoy de Saint-Georges loosely based on the poem The Corsair by Lord Byron.

Originally choreographed by Joseph Mazilier to the music of Adolphe Adam, it was first presented by the ballet of the Théâtre Impérial de l’Opéra in Paris on 23 January 1856.

All modern productions of Le Corsaire are derived from the revivals staged by the Ballet Master Marius Petipa for the Imperial Ballet of St. Petersburg throughout the mid to late 19th century.

Teymur Asgarov is a graduate of the Baku School of Choreography. He performed at the Azerbaijan State Academic Opera and Ballet Theatre and the National Academic Theatre of Opera and Ballet named after T.G. Shevchenko in 2008-2011.

Since 2011, Asgarov has been working in the Mariinsky Theatre. He is the winner of the “Spirit of Dance” in the category “Rising Star” by Ballet magazine in 2012, prizewinner at the 11th International Ballet Dancers’ and Choreographers’ Competition in Moscow in 2013, and recipient of the Azerbaijan Presidential Youth Prize for Culture in 2013.

The ballet dancer was recognized as the best male dancer in duet nomination of the International Ballet Competition and contest of choreographers that took place at the Bolshoi Theatre in 2013.

With the Mariinsky Ballet, Asgarov have toured around Europe, Asia and America.