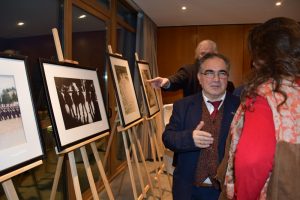 Co-Organized by the Azerbaijani Embassy in Spain and the Azerbaijani Community in the country, an event to commemorate the 29th anniversary of the January 20 tragedy has been held in Madrid, Spain.

The ceremony brought together representatives of the general public of Spain and Azerbaijani citizens living here.

Addressing the event, member of the Azerbaijani community in Spain Jalal Erkin briefed the participants on the tragedy, saying that it has become a symbol of independence, sovereignty and territorial integrity of Azerbaijan.

The event featured the screening of a documentary “20 January, 1990. Mass murder of peaceful civilians in Baku”, and a photo exhibition on January 20 tragedy.