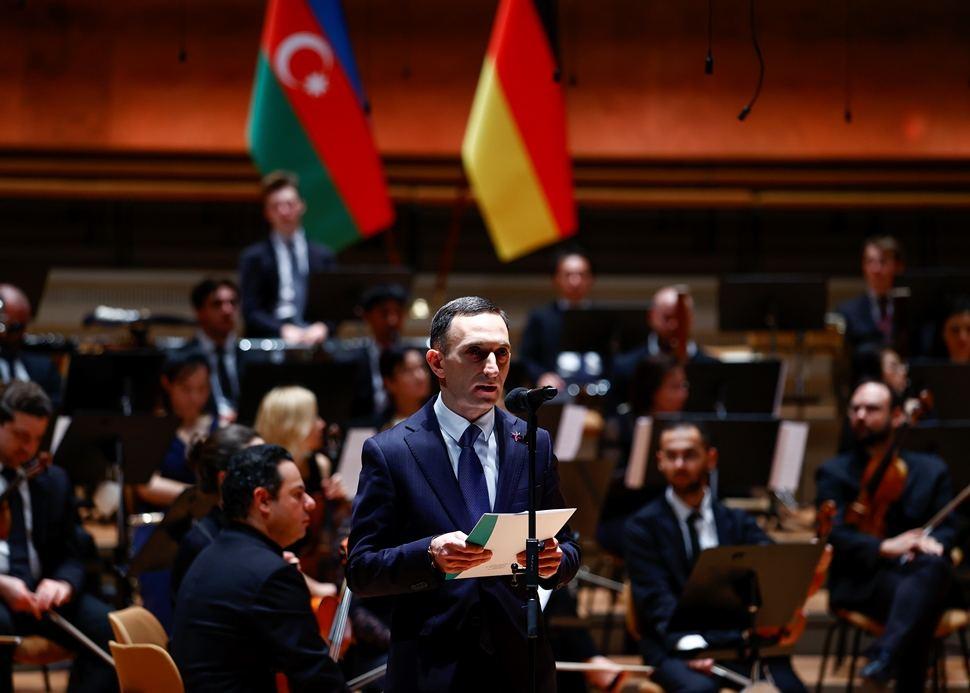 A classical music concert has been held at the Berlin Philharmonic Hall.

More than a thousand guests, cultural figures, representatives of the diplomatic corps, business circles and mass media attended the event co-organized by the Azerbaijan State Committee for Work with the Diaspora, the Fund for Support of the Azerbaijani Diaspora and the Azerbaijani Embassy in Germany.

Speaking about Nizami’s legacy, the Azerbaijani Ambassador to Germany Ramin Hasanov stressed that President of Azerbaijan Ilham Aliyev has declared 2021 the Year of Nizami Ganjavi.

The Ambassador recalled Nizami’s “Khamsa” was a model for many prominent figures of Eastern literature and Western thinkers.

It is no coincidence that the great German writer and philosopher Johann Wolfgang Goethe touched upon Nizami’s legacy in the West-Eastern Divan.

The diplomat also noted that it is symbolic that the concert was held under the baton of the maestro Yalchin Adigozalov, a prominent representative of the Shusha performing school.

Deputy Chairman of the Azerbaijan State Committee for Work with the Diaspora Elshad Aliyev spoke about the special attention of the country’s leadership to the daily activities of the committee.

As a result,  over 100 events dedicated were successfully held by the  Azerbaijan State Committee for Work with the Diaspora within the Year of Nizami Ganjavi.

In conclusion, Elshad Aliyev expressed his gratitude to compatriots, members of friendly communities and everyone who supports Azerbaijan’s fair position.

The concert ended with a song “Shusha” by Anar Bramo and Vasif Adigozalov’s oratorio “Karabakh Shikestesi”.