Azerbaijan’s Consul General in Los Angeles interviewed by US television 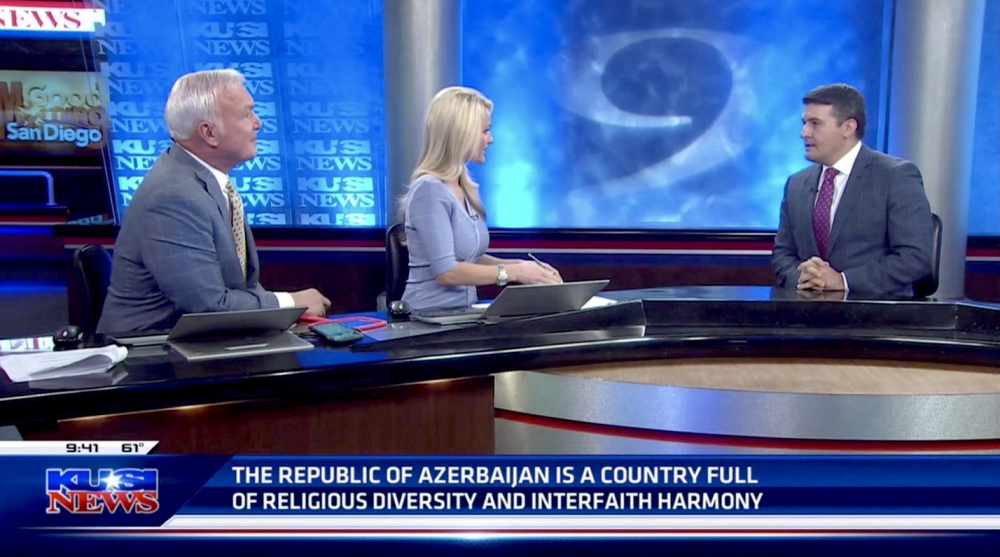 Located in San Diego, California’s second largest city, KUSI News is widely watched in both the city and county of San Diego that have over 3 million people.

During the interview, Consul General Nasimi Aghayev answered the news anchors’ questions about Azerbaijan. In this regard, Aghayev highlighted the establishment of the Azerbaijan Democratic Republic in 1918, which was the Muslim world’s first secular republic; granting of voting rights to women in 1919; development of Azerbaijan as a free and independent nation today; its energy diplomacy; diversification of its economy; turning into a transportation hub connecting Asia with Europe; improvement of social welfare and the drastic reduction of poverty rate from 49% to under 5% within a short time span; peaceful coexistence of various cultures and religions in Azerbaijan; its successful policy of multiculturalism, tourism opportunities and more.

Consul General Nasimi Aghayev also mentioned the successful neighborhood partnership between San Diego and Baku since nearly 10 years, and the Azerbaijani cultural events hosted by the Consulate General in San Diego, including the performance of Azerbaijani composer Gara Garayev’s “Seven Beauties” ballet, which was attended and enjoyed by over 3,000 San Diegans at San Diego’s historic Civic Theater.

During the interview, a video clip depicting the beauty of Baku and different parts of Azerbaijan was shown.