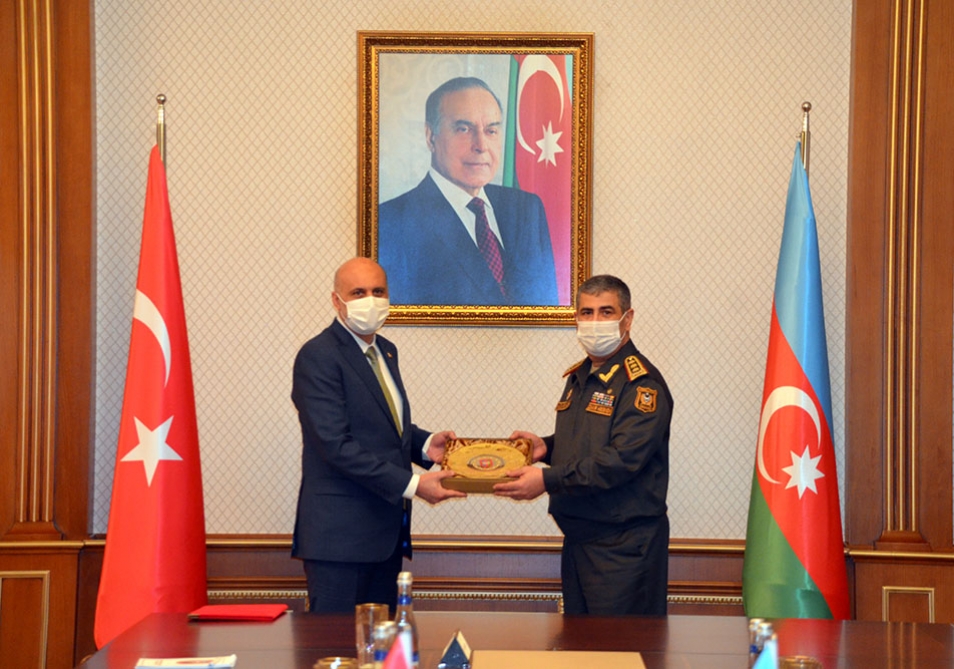 During the meeting, attended by leaders of the Turkish Defense Industry Committee and the Air Force, as well as ASELSAN and HAVELSAN companies, Minister Hasanov emphasized the importance of developing bilateral military-technical cooperation. The minister of defense noted that weapons and combat equipment, as well as other military equipment produced by the Turkish defense industrial company, which are in the use of the Azerbaijan Army, have significantly increased the combat capability of the Azerbaijani Army. “Due to the effective use of these weapons in the Patriotic War, the enemy suffered a serious blow,” he said.

Colonel General Zakir Hasanov stressed the importance of such meetings in terms of expanding the military-technical cooperation between the two countries.

Expressing his condolences to the families and relatives of the martyrs of the Patriotic War, the members of delegation noted that they were proud of the Azerbaijani soldier. They also emphasized the joint activities to increase Azerbaijan’s military capabilities.

The side also discussed issues of equipping the Azerbaijan Army with the latest electronic technologies, expanding the capabilities of communication systems, the current state and prospects for the development of cooperation, as well as other aspects of mutual interest.