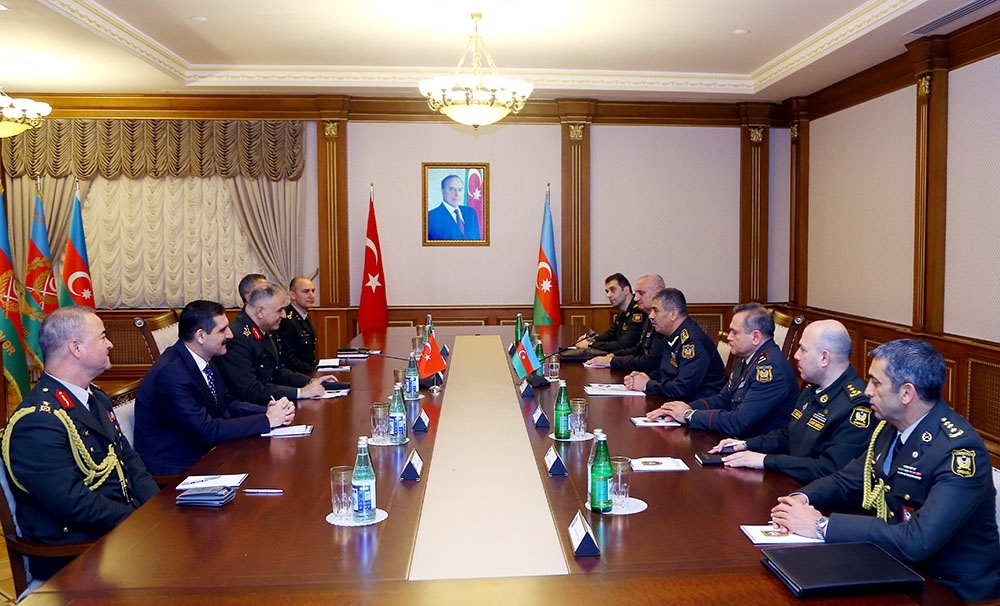 Azerbaijan`s Defense Minister, Colonel General Zakir Hasanov has met with a delegation led by Second Chief of the Turkish General Staff, Corps General Metin Gurak who is visiting the country to participate in the 12th meeting of the Azerbaijan-Turkey High-Level Military Dialogue.

Noting that relations between the two countries are built on the basis of friendship and mutual trust, Zakir Hasanov stressed that Azerbaijan was expanding its cooperation with Turkey in the military, military-technical, military-educational fields to build up military power, which is the main factor ensuring stability in the region.

Gurak hailed fruitful cooperation between the two countries. He thanked Minister Hasanov for the organization of the regular meeting of the Azerbaijani and Turkish servicemen in Baku.

They also held an exchange of views on joint military exercises in the Azerbaijani-Turkish bilateral format with the involvement of various types of troops, including special forces of Pakistan, Georgia and Turkic-speaking states, organization of mutual visits of servicemen to exchange experience, as well as other issues of mutual interest.