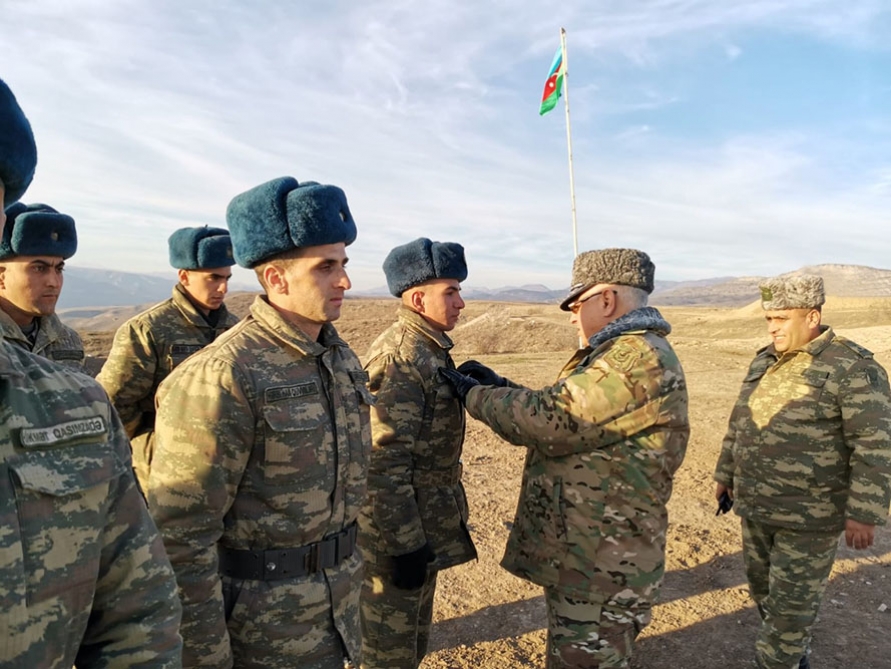 On the occasion of the Solidarity Day of World Azerbaijanis and the New Year, Deputy Minister of Defense – Commander of the Air Force, Lieutenant General Ramiz Tahirov visited the Azerbaijan Air Force units conducting combat duty in the liberated territories, the Defense Ministry told Azertac.

“Lieutenant General Tahirov conveyed the congratulations of Minister of Defense, Colonel General Zakir Hasanov to the personnel on the occasion of the holidays.

Then, the distinguished servicemen were awarded, presented with valuable gifts and holiday gifts.

During the meeting, which was held at the tea table, Lieutenant General Ramiz Tahirov highlighted the historical significance of the Patriotic War, which ended with the victory under the leadership of President of the Republic of Azerbaijan, Supreme Commander-in-Chief of the Armed Forces Ilham Aliyev, the heroism of the Azerbaijan Army, and the successes achieved in 2021.

Then the commander got acquainted with the social and living conditions of the personnel and gave relevant instructions on carrying out the work.

The servicemen expressed gratitude to the President and the leadership of the Ministry of Defense for their attention and care,” the ministry added.