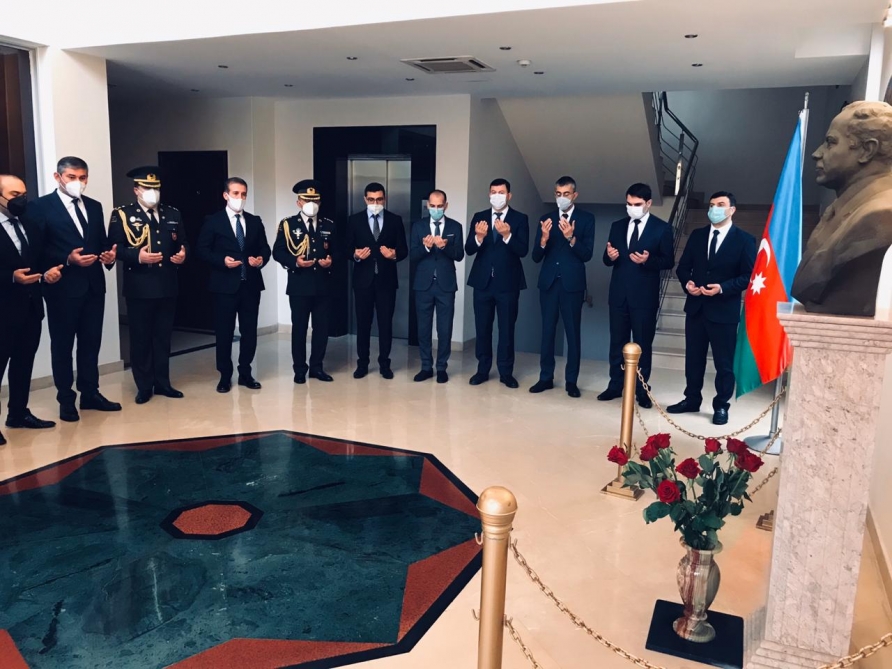 Azerbaijan`s Embassy in Pakistan has organized an event to commemorate the 17th anniversary of the death of national leader Heydar Aliyev.

Addressing the event, Azerbaijani Ambassador to Pakistan Ali Alizade highlighted the exceptional role of genius personality Heydar Aliyev and his unforgettable contributions to preserving the statehood and strengthening independence of Azerbaijan, reviving the country’s national spirit and national consciousness.

The ambassador emphasized that under the leadership of Commander-in-Chief, President Ilham Aliyev the most painful problem for Azerbaijan – the Nagorno-Karabakh conflict was resolved, the ancient Azerbaijani lands were liberated and the country gained a victory in the Patriotic War.