Azerbaijan’s energy riches and “the Contract of the Century”

Azerbaijan is the oldest known oil-­‐producing region in the world and lays claim to being the birthplace of the oil industry. There is evidence of petroleum being used in trade as early as the third and fourth centuries, with references to the production of oil on the Absheron peninsula appearing in the manuscripts of Arabic and Persian authors. The following passage from the writings of Marco Polo is believed to be a reference to Baku:

“Near the Georgian border there is a spring from which gushes a stream of oil, in such abundance that a hundred ships may load there at once. This oil is not good to eat; but it is good for burning and as a salve for men and camels affected with itch or scab. Men come from a long distance to fetch this oil, and in all the neighbourhood no other oil is burnt but this.”

The history of Azerbaijan has been linked inextricably to the history of oil. As the output of Caspian oil and gas increases over the next decade, Azerbaijan’s economic and political significance is set to grow with major powers vying for influence in the region against a background of acute uncertainties about future energy supplies. As a perceptive article in The Independent noted: “Once again, this small country of nine million people finds itself one of the most important places on earth.”

At the turn of the 20th century Azerbaijan was the world’s biggest oil exporter and later served as a major refining centre in the former Soviet Union. The world’s first oil tanker took on supplies at Baku and in 1924 the first offshore well was drilled near the city. Oil production peaked at 500,000 barrels per day (bbl/d) during World War II. When German military forces were starved of fuel, Hitler planned to seize the oil fields of the Caucasus.

Anticipating victory in a major offensive planned for September 1942 codenamed Case Blue, Hitler’s Generals presented him with a cake bearing the outline of the region, cutting for him a piece on which the Azerbaijani capital was pictured.

Hitler swallowed the cake, but his troops never marched into Baku. Had the matter been the other way round the outcome of the war might have been different; historians believe that Nazi Germany’s failure to acquire the oilfields of Baku resulted in a scarcity of engine fuel that was a critical factor in Hitler’s defeat. In the event, Axis forces were surrounded and eventually defeated at Stalingrad, forcing the German withdrawal from the region. Azerbaijanis take pride in the fact that during this epic conflict Baku oil fuelled one in two Soviet combat tanks and one in three war planes.

Further offshore development took place in the post-­‐War period with the erection of the world’s first town on stilts, known as Deft Nashlari (Oil Rocks), although production gradually declined as Soviet investment was switched to new oil fields in Western Siberia. Production fell further in the conditions of economic uncertainty and falling prices which followed Azerbaijan’s Independence in 1991, dropping to 180,000 bbl/d in 1997. Resisting external pressures, the new Azerbaijan government took the first steps to open up investment to the international community, with the result that by 2007 production had dramatically increased to 800,000 bbl/d.

A major turning point came with what is referred to as the ‘Contract of the Century’, whereby an international consortium -­‐ the Azerbaijan International Operating Company (AIOC) -­‐ signed an 8 billion Euros, 30-­‐year contract in September 1994 to develop three fields -­‐ Azeri, Chirag, and the deepwater portions of Gunashli.     Total reserves are estimated at 3-­‐5 billion barrels.   Oil revenues are projected to be roughly 80 billion Euros over the 30-­‐year life of the AIOC and Azerbaijan will realize 80 per cent of these revenues.     Almost all of Azerbaijan’s oil production increases since 1997 have come from AIOC, which is operated by BP.   From November 1997 through to the end of 2001, AIOC had produced a total of 133.5 million barrels of oil, mostly from the Chirag-­‐1 stationary platform.

Since then Exxon, now ExxonMobil (US), ITOCHU (Japan) and INPEX (Japan) have joined the consortium. McDermott, Ramco and Lukoil have since sold their shares, leaving ExxonMobil in place. AIOC’s first President was Terry Adams (UK) of BP, the company that operates the offshore oil platforms and the onshore Sangachal Terminal.

Since 1996, over $4 billion has been invested in the Azerbaijan’s oil sector, and Natik Aliyev, Minister for Energy, has stated that he expects investment in the country’s oil sector to surpass $60 billion.

Azerbaijan’s has 4 billion tons of proven oil reserves, as well as enormous possible reserves in undeveloped offshore Caspian fields amounting to 8-­‐10 billion tons. Over 80 per cent of Azerbaijan’s oil production currently comes from offshore, with a significant percentage coming from the shallow-­‐water section of the Gunashli field, located 100 km off the Azeri coast. Development of new fields through joint ventures and PSAs in the Caspian Sea could boost Azerbaijan’s production well beyond earlier peaks, with some predictions that suggesting its oil exports could exceed 2 million bbl/d after which production is likely to dip. Total oil production has risen rapidly from 307,000 barrels a day (bbl/day) in 2001 to 1,011,000 bbl/d in 2009, although production is expected to dip during 2011.

Azerbaijan’s export routes are the Baku-­‐Novorossysk pipeline which sends oil north to the Russian Black Sea; the Baku-­‐Supsa pipeline which carries AIOC’s oil to Batumi on Georgia’s Black Sea coast; and the Baku-­‐Tbilsi-­‐Ceyhan (BTC) pipeline, the main outlet for Azeri-­‐Chirag Gunashli in the Caspian, which went online in 2006 and quickly became the country’s main export outlet. In addition, oil products such as lubricants are exported by rail to Georgia’s Black Sea ports.

For sound geo­‐strategic as well as economic reasons, Azerbaijan has taken great care to assure that multiple foreign powers and companies gain a stake in the development of the country’s energy, an approach that has guided its policy on pipeline construction as well as PSAs. In all, 32 PSAs have been implemented since 1994 with 34 multi-­‐national companies from 15 countries.

On 12th March 2001, Azerbaijan signed its first major natural gas export deal when it concluded an agreement to supply Turkey with 89.2 billion cubic metres (bcm) of natural gas over a 15-­‐year period, starting in 2004.         Natural gas for the deal is expected to come primarily from Shah Deniz field, with SOCAR acting as supplier on behalf of all the participants of the international consortium developing the field.

Azerbaijan became a net exporter of gas to Russia during 2010 and is expected to double its supplies to that country in 2011.

Azerbaijan estimated reserves are estimated to last at least one hundred years and thanks largely to the second phase of the development at Shah Deniz field, total production is expected to double by 2020, according to Natig Abbisov, Azerbaijan’s deputy energy minister.

In order to deliver this natural gas, a Baku-­‐Erzurum pipeline is in development, one of several natural gas export pipeline options from the Caspian Sea region that have been proposed. Another still more ambitious plan is Nabucco, which will run 3,300 km from Erzurum in Turkey to Austria. It is considered by EU policymakers to be crucial to the security of the continent’s energy supply and it is widely hoped that Azerbaijan will be the major supplier.

Nabucco’s significance lies in the fact that it will weaken Russia’s grip on the supply of natural gas to Europe, which is presently dependent for one quarter of its supplies on Russia. But this figure conceals wide variations in the dependency of individual countries.   Finland, Estonia, Latvia and Lithuania depend on Gazprom for one hundred per cent of their supplies, while Poland is dependent on Russia for around three quarters of gas consumption. Britain receives up to 15 per cent of its supply from Russian sources, mainly channelled through French pipelines.

European dependency on gas is likely to grow further still as a result of decisions made by Germany and Italy not to use nuclear power in the wake of the leakage of radiation from Japan’s Fukushima Daiichi nuclear power station in March 2011.

Anxieties about the security of supplies and the use of energy as a political weapon became acute in 2009 when Gazprom cut off gas supplies to the Ukraine on New Year’s Day after rows about prices and a range of political issues.

Earlier this year, on 13th January, the European Union and Azerbaijan signed a deal in which the Caspian country has committed to supply Europe with “substantial volumes of gas,” an agreement hailed by José Manuel Barroso, the EU President, as “a major breakthrough.”

Under the terms of the agreement, Azerbaijan promises the EU to provide sufficient gas to enable the creation of the so-­‐called Southern corridor — a route from the energy-­‐rich Caspian basin to Europe that by-­‐passes Russia. The infrastructure will be provided jointly by Europe and Azerbaijan.

There is no reason to doubt Azerbaijan’s commitment to provide a major part of Europe’s energy needs, but it does not necessarily follow that it will back the Nabucco Pipeline, the EU’s preferred means of taking Caspian gas to European markets. Nabucco is the most expensive as well as the most ambitious of the projects now under consideration, with estimates of total construction costs put at

$16 billion by the consortium behind the project and as much as $20 billion by independent analysts.4   Until other suppliers can be found, as much as three quarters of the pipeline will remain empty. Turkmenistan and Iraq are possible suppliers but their involvement in the project is fraught with practical and political difficulties.

In a recent article to mark the 20th anniversary of Azerbaijan’s independence, Natig Aliyev, Azerbaijan’s Minister for Industry and Energy, said that his country “always stated its willingness to support the [Nabucco] project.” More recently however, members of the country’s governing elite have indicated that they might prefer a simpler and less expensive option. Mr Elshad Nassirov, vice-­‐president of SOCAR which has a 10 per cent stake in the Shah Deniz consortium, told Alessandro Torello of the Wall Street Journal on 1st August: “We don’t want to have a deal to pay for capacity we don’t need.” Mr Nassirov indicated that SOCAR would prefer a smaller pipeline that could be expanded later to meet additional capacity. BP, which has a 25 per cent stake in the consortium, is believed to take a similar view.

Such calculations could favour the Trans Atlantic Pipeline, which would use existing pipelines in Turkey and Greece and involve the construction of an undersea link from Albania or IGI Poseidon which follow similar route with a longer sub-­‐sea route.

One thing is clear: Azerbaijan’s geostrategic importance is set to grow whichever project is chosen. As one observer has noted: “Now, Azerbaijan is gaining political might, Baku’s decisions are affecting the energy security of almost an entire continent.” 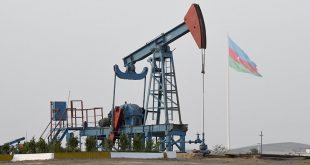 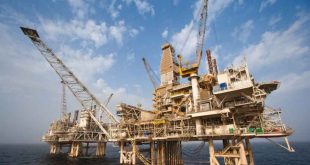 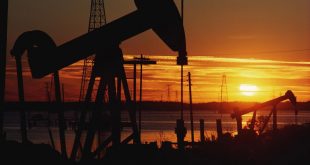