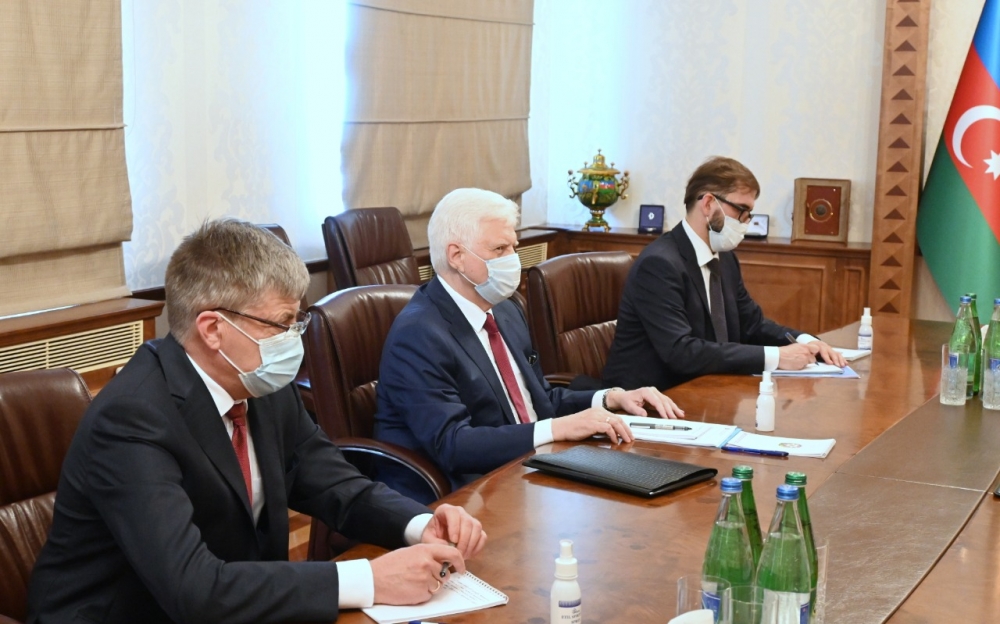 Minister Jeyhun Bayramov hailed the development of relations between Azerbaijan and Russia in the spirit of good neighborhood, friendship, and mutual understanding at the level of strategic partnership. It was noted that the multifaceted Azerbaijani-Russian relations developing at the level of a strategic partnership are important from the point of view of both – the interests of the two countries and the opening of new opportunities for stability and progress in the region as a whole.

The FM stressed that the friendly relations between the two countries at the level of heads of state have contributed to the development of bilateral relations. The importance of the reciprocal visits of the heads of states and the official visit of First Vice-President of the Republic of Azerbaijan Mehriban Aliyeva to Russia at the end of last year were highlighted as examples of the intensive dialogue and cooperation that developed between the two countries.

In general, satisfaction was expressed with the development of cooperation between the two countries in various fields, including industry, tourism, transport and communications, education, etc.

Mikhail Bocharnikov congratulated Jeyhun Bayramov on his appointment and wished him success in his work.

He spoke about the broad prospects for further development of cooperation between the two countries. Noting that some projects have been postponed due to the pandemic, the Russian ambassador said that even in this situation, the two countries continue to cooperate and Russia continues to support Azerbaijan in the form of medical equipment and exchange of experience. It was noted that during the pandemic, both countries have taken measures to return the citizens of the two countries and will continue to do so in the future.

During the meeting, the Armenia-Azerbaijan Nagorno-Karabakh conflict, the prevention of attempted attack of the Armenian armed forces in the direction of Azerbaijan’s Tovuz district on the Azerbaijan-Armenia border, and the current situation in the region, as well as the issues related to the aggressive provocative actions of the radical Armenian forces against the Azerbaijani diplomatic missions and peaceful demonstrators during the rallies held in foreign countries were discussed.

FM Bayramov informed the diplomat about the following pre-planned military provocation committed by the Armenian armed forces on the Azerbaijan-Armenia border and the current situation in the region. He stressed that the Armenian side has not achieved any goal with this provocation, on the contrary, it once again demonstrated its aggressive nature and faced the decisive position of the international community.

During the meeting, the sides exchanged views on cooperation between the two countries within international organizations, as well as other issues of mutual interest.