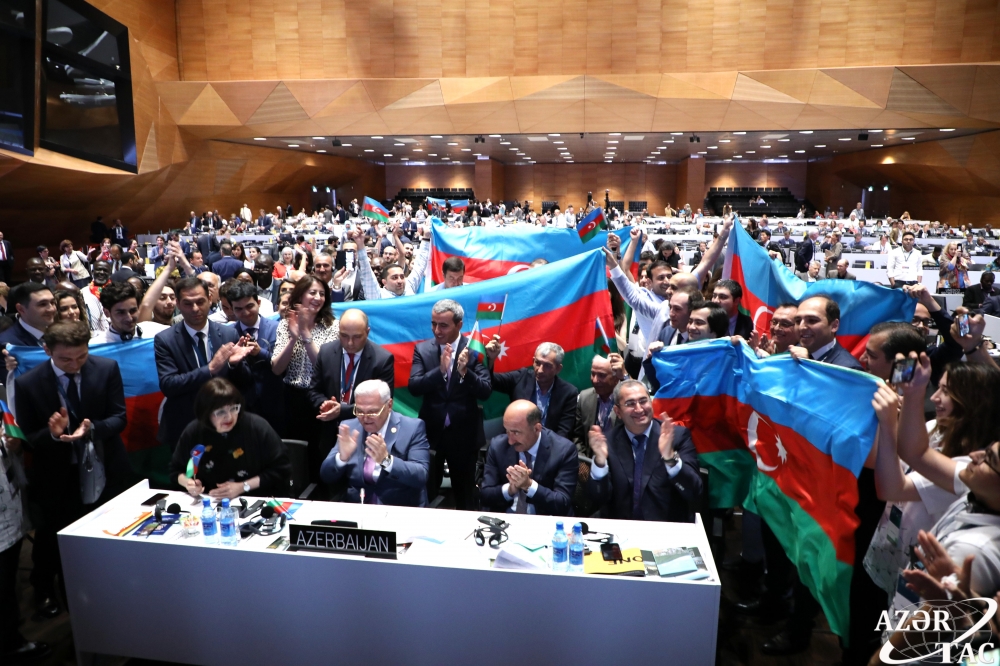 Azerbaijan`s historic centre of Sheki with the Khan’s Palace has been added to UNESCO’s World Heritage List at a meeting of the World Heritage Committee in Baku.

The historic city of Sheki is located at the foot of the Greater Caucasus Mountains and divided in two by the Gurjana River. While the older northern part is built on the mountain, its southern part extends into the river valley. Its historic centre, rebuilt after the destruction of an earlier town by mudflows in the 18th century, is characterized by a traditional architectural ensemble of houses with high gabled roofs. Located along important historic trade routes, the city’s architecture is influenced by Safavid, Qadjar and Russian building traditions. The Khan Palace, in the northeast of the city, and a number of merchant houses, reflect the wealth generated by silkworm breeding and the trade in silk cocoons from the late 18th to the 19th centuries.