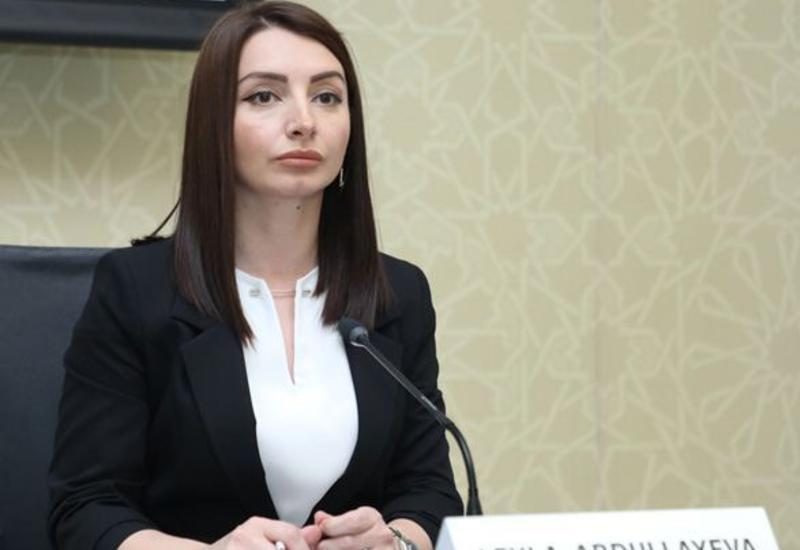 Abdullayeva made the remark commenting on the statement by the Armenian Foreign Ministry regarding Azerbaijani President Ilham Aliyev’s speech at the UN General Assembly, Trend reports on Sept.26.

“In his speech at the general debate of the 75th session of the UN General Assembly, President of Azerbaijan Ilham Aliyev clearly and with facts informed the world community about the failed policy of Armenia and its current leadership,” Abdullayeva said.

She noted that the present Armenia is a country facing a deep demographic, social and economic crisis, the main reason for which is the implementation of an aggressive policy against Azerbaijan.

“Despite the fact that two years ago the regime changed in Armenia, the current government continues the policy of the previous, criminal junta regime,” the spokesperson pointed out. “In Armenia, where human rights are grossly and widely violated, judges are exposed to pressure, opposition activists and political opponents are arrested, a dictatorship regime has been created. The authorities declaring that they received a mandate from the people, are very far from ensuring the interests of the people.”

“While the hands of the previous Armenian president are stained with the blood of the crimes committed during the war against Azerbaijan, especially against women, children and the elderly, killed with utter cruelty in Khojaly, the blood of a 76-year-old man who was killed in Tovuz district on July 14 this year is on the conscience of the current leadership,” she noted.

“Lies, duplicity, falsehood, provocation and finally, war crimes are the main qualities peculiar to the current Armenian leadership,” Abdullayeva said. “The absurd statement of the Foreign Ministry of the country ruled by a man who is unable to fulfill any of his promises given to the people when coming to power, pushes the country to the abyss.”

As the spokesperson stressed, Azerbaijan understands that Armenia, enviously observing the development, success and progress achieved by the Azerbaijani state from the outside, has no choice but to make such absurd statements.

“Instead of engaging not in chatter, but in demonstrating concrete activities, the current leadership of Armenia, which has declared that it came to power on the basis of the people’s mandate, must first of all stop territorial claims to neighboring states, put an end to the occupation policy and respect international borders of neighboring states,” she concluded.