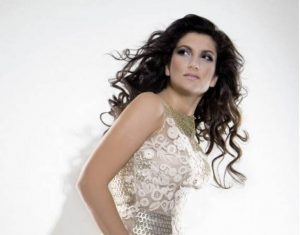 Don Carlos is a five-act grand opera composed by Giuseppe Verdi to a French-language libretto by Joseph Méry and Camille du Locle, based on the dramatic play Don Carlos, Infant von Spanien (Don Carlos, Infante of Spain) by Friedrich Schiller.

The opera’s story is based on conflicts in the life of Carlos, Prince of Asturias (1545–1568). Though he was betrothed to Elisabeth of Valois, part of the peace treaty ending the Italian War of 1551–59 between the Houses of Habsburg and Valois demanded that she be married instead to his father Philip II of Spain. It was commissioned and produced by the Théâtre Impérial de l’Opéra (Paris Opera) and given its premiere at the Salle Le Peletier on March 111867.

Dinara Aliyeva joined the Bolshoi Theatre in Moscow as soloist in 2010, and has since appeared at major opera houses and concert halls throughout the world.

She performed at world famous opera theaters and concert halls. Her concert in Baku was held in 2010 with the famous tenor Plasido Domingo.