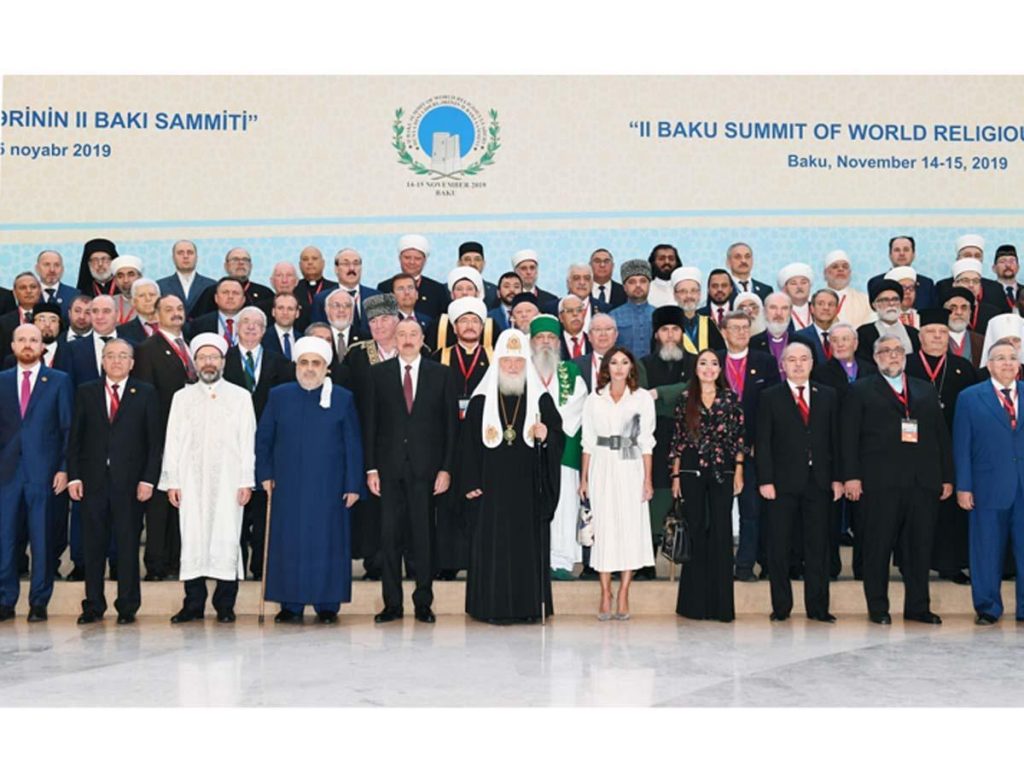 The 2nd Summit of World Religious Leaders has today kicked off in Baku.

President of the Republic of Azerbaijan Ilham Aliyev and First Lady Mehriban Aliyeva are attending the Summit.

The event started with the recitation of verses from the holy Quran.

President Ilham Aliyev made a speech at the Summit.

An Order by President Ilham Aliyev to award chairman of the Caucasus Muslims Office Sheikhulislam Allahshukur Pashazade with “Heydar Aliyev” Order was then read out.

Held as part of the events organized on the 70th anniversary of Sheikhulislam Allahshukur Pashazade, the Summit brings together leaders and representatives of more than 70 countries, 25 traditional religions and religious sects from 5 continents, as well as about 500 high-level representatives from around 10 influential international organizations.

The Summit aims to contribute to the development of inter-religious dialogue, promotion and evolution of such human values as mutual understanding and human solidarity.

The event will feature discussions on topics as “Azerbaijan’s exemplary role in promoting multiculturalism, tolerance and interreligious solidarity”, “Sheikhulislam Allahshukur Pashazade’s contributions to the development of interfaith and inter-civilizational cooperation”, “Religious leaders against terrorism, aggression, xenophobia, Islamophobia, anti-Semitism and Christianophobia.

The Summit will see the adoption of the Baku Declaration.

On April 11, 2019, Azerbaijani President Ilham Aliyev signed an Order to set up an Organizing Committee for the 2nd Baku Summit of World Religious Leaders.