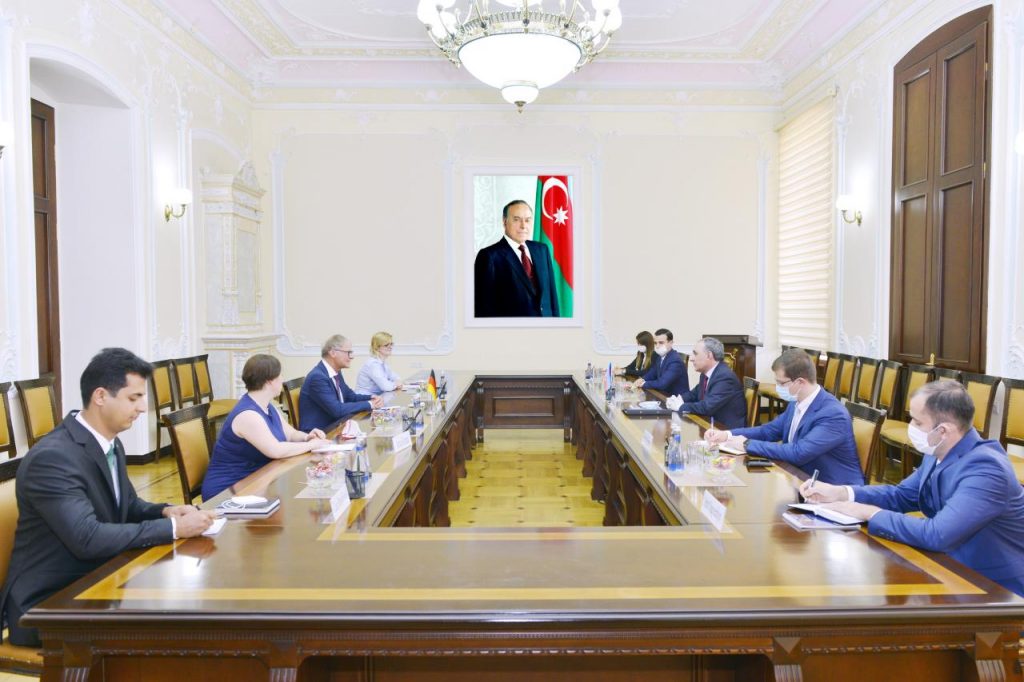 Azerbaijan’s Prosecutor-General Kamran Aliyev and Ambassador of Germany to Azerbaijan Wolfgang Manig have discussed the relations between two countries at a meeting held on June 24.

During the meeting, the Prosecutor-General gave detailed information on judicial and legal reforms implemented in the country under the leadership of President Ilham Aliyev.

Talking about large-scale reforms, Aliyev emphasized the importance of cooperation with international organizations specializing in fighting crime, especially in combating corruption, as well as with specialized agencies of European countries.

Moreover, he noted that a great importance is attached to the development of bilateral relations with German state bodies and educational institutions.

In turn, ambassador highly appreciated the work carried out in the country, namely the judicial and legal reforms, the activity of the new departments created in connection with structural changes in the Prosecutor’s office, as well as the procedure of admission.

He emphasized that he will make every effort to develop relations in the interests of two countries and to develop Germany’s cooperation with law enforcement agencies of Azerbaijan, including the Prosecutor’s Office.