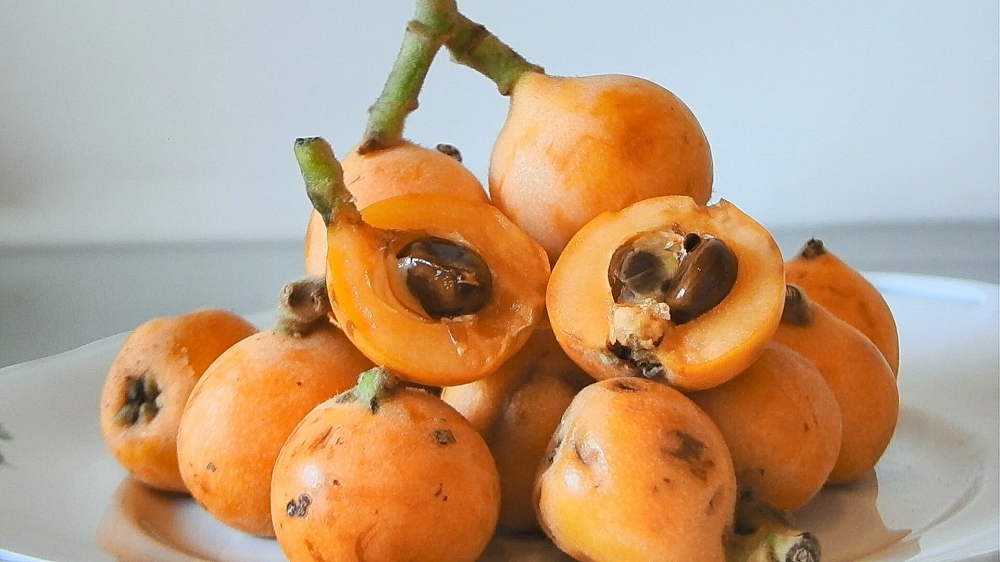 July is the height of the summer fruit season in Azerbaijan, and anyone can choose a sweet delicacy to their liking. Among the fruits appearing on sale in the summer, there is one very undervalued fruit, which is called the loquat, and in Azerbaijani “yapon əzqili”. In other countries, it may also be called “lokva”, “shesek”, etc. And the scientific name of the plant is “Japanese eriobothria”.

It must be said that loquat trees are well known to Baku people, since they are often found in metropolitan parks and courtyards, where they are used as an ornamental plant. The flowering season of this tree falls on an unusual period for our latitudes – the end of autumn – winter. In November – December, loquat surprises the townspeople with nondescript, but very fragrant flowers.

The first fruits of loquat ripen in Azerbaijan in early June. This is not to say that they are widely used in food. Perhaps some people are not even sure whether loquat fruits are edible? However, to meet this fruit in the season on sale in the markets is still possible. Most often, loquat is brought and sold by traders from the southern regions of Azerbaijan. Moreover, recently the large orange-colored loquat fruits began to appear in the season in supermarkets. Most likely, they are imported from other countries.

So, we dare to assure you that the fruits of loquat are not only edible, but also very nutritious and beneficial. This fruit has a juicy pulp, orange or apricot color. The fruit is shaped like a fig, and inside it hides several large, hard, dark brown seeds that are easily separated from the pulp. The fruit has a rather elastic skin, which, nevertheless, chews well.

Loquat does not have a pronounced recognizable taste. Rather, she has a collective fruity taste, in which, if desired, you can find notes of different fruits. When eating loquat somewhat resembles a juicy, but not having the flavor of a pear. Some people find its taste similar to the taste of sweet cherries or apples. Anyway, the taste of the ripe loquat is very pleasant sweet with a little sourness. It is very refreshing on a hot day.

Due to the low sugar content, loquat fruits are highly valued as a dietary product. Their use helps to reduce blood sugar levels, and regulate metabolic processes in diabetics.

The loquat fruit contains a large amount of vitamin C, group B vitamins (B1, B2, B3, B6, B9), vitamin A, folic, citric and malic acids, potassium, calcium, iron, magnesium, iodine and other beneficial substances.