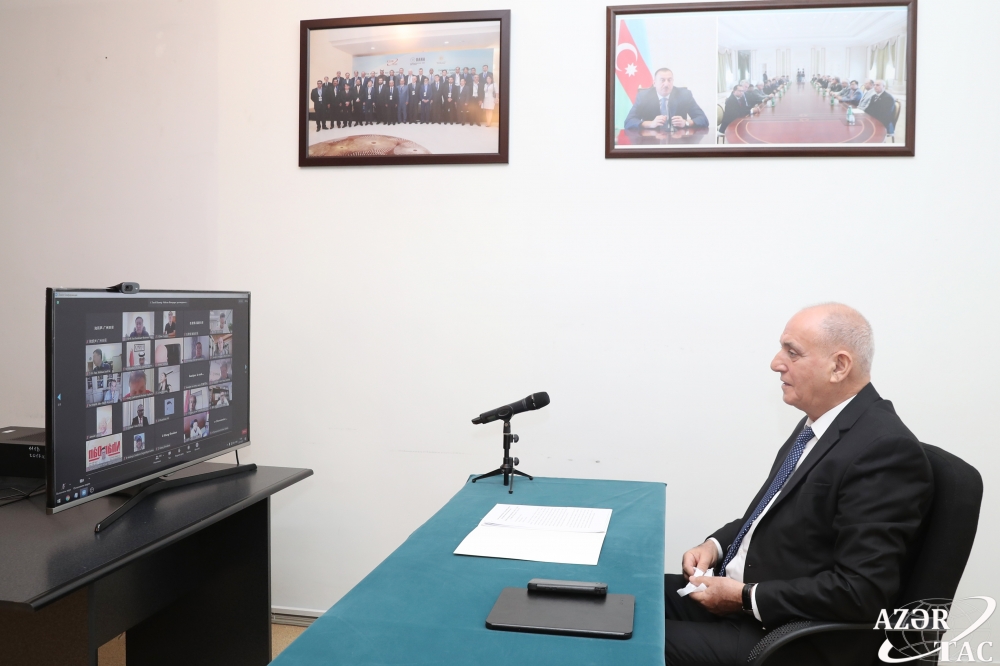 Organized by the Chinese Xinhua News Agency, the fourth World Media Summit has been held in a video conference format in Beijing, China.

Representatives of more than 100 leading media outlets from around the world, including news agencies, TV channels, newspapers, online publications, and representatives of several international organizations, as well as the United Nations, attended the event. Azerbaijan State News Agency (AZERTAC) Chairman of Board Aslan Aslanov represented Azerbaijan at the authoritative event.

The Summit, held under the theme “Media Growth Strategy under the Impact of COVID-19”, featured discussions on such topics as “Media development”, “New technology, better vision,” “Media marketing: new partners, new markets”, “In the spirit of science and cooperation: media response in public health emergencies” and “Media: A bridge among civilizations.”

A congratulatory letter from President of the People’s Republic of China Xi Jinping of was read out at the opening of the Summit. President Xi Jinping described the World Media Summit as an important platform for discussing important issues concerning the planet that needs to be urgently addressed.

Speaking at the plenary session of the Summit, members of the Presidium highlighted the tasks and challenges faced by media during the COVID-19 pandemic, as well as the activities of journalists in quarantine regime, the fight against fake news, the role of the media in building a common future for mankind.

The speakers said media plays an immense role in the promotion of mutual understanding and tolerance between the communities within multi-ethnic societies as well as between the nations across the world. As the humankind stepped into the new millennium, the responsibility of journalists, media workers, the owners of printed or electronic media has grown too. But like any other profession, the journalists in the world are not all the same, and the goals pursued very often differ as well. To look for the revenue and make profit is one thing. To forge fake news, sell fabricated stories and scandals, adding inflammatory remarks and, thus, further fuelling conflicts, is another thing. And this brings us to underlining the importance of the ethical aspect of media and consciousness of the journalists. Having fallen under the influence of a third party, media can also provoke conflicts, poison cultural and social relations. And this is exactly when professional integrity, impartiality and honesty ring the bell and remind about themselves.