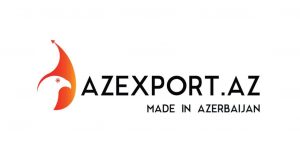 As many as 60,000 tons of sheep wool was exported to Russia through Azexport portal of the Center for Analysis of Economic Reforms and Communications, Azertac reported.

Official figures show that over the past 10 years, wool has not been exported from Azerbaijan to Russia.

It should be noted that, despite the wool production in the Republic of Azerbaijan is increasing in recent years, there are some problems with its export. In 1985, about 11,000 tons of wool production was registered, 9,000 tons in 1995 and in 2015, about 17,000 tons of wool was produced. Wool producers do not know how and whom to sell the product they produce. Now, they are able to take advantage of Azexport portal.

Azexport.az portal contributes to the growth of export of sheep wool from our country, as well as expansion of export geography.

“Azexport portal creates equal opportunities for everyone. Moreover, as a digital platform, Azexport helps entrepreneurs get export permits, logistics, marketing, and more, as well as enter the foreign market. It is not difficult for big business, it is important to ensure access of the major small and medium entrepreneurs to the foreign market,” said Head of Azexport portal Zaur Gardashov.

Portal offers entrepreneurs the opportunity to export goods produced in our country to traditional and new markets via international e-trading platforms. The mission of Azexport.az is to provide information about products of Azerbaijani origin and become beneficial platform for their sales in foreign and domestic markets.

Azexport.az, integrated with the most popular electronic trading platforms, makes the products available to potential buyers from anywhere in the world.

In October, Azerbaijani entrepreneurs have received $ 23 million worth orders through the Azexport.az portal. According to the report of the Center for Analysis of Economic Reforms and Communications, the value of export orders for the portal in January-October amounted to $ 433 million, which is 10 percent more than in the same period of last year. The cost of export orders from 108 countries of the world to Azexport.az for the period from January 2017 to October 31, 2018 (within 22 months) amounted to $ 908 million.

The Azexport portal contributes to the promotion and sale of Azerbaijani non-oil products. Strengthening the place of the non-oil sector in the country’s economy plays an exceptional role in a period when oil and gas reserves are running out.

In the list of non-oil goods exported during January-October 2018, tomatoes ($ 149.9 million) were the first, gold – (not used in coin cutting, in other untreated forms – $ 99.9 million ) in the second place. The initial polyethylene with a specific mass of less than 0.94 ($ 68.5 million) is on the third place in this list.