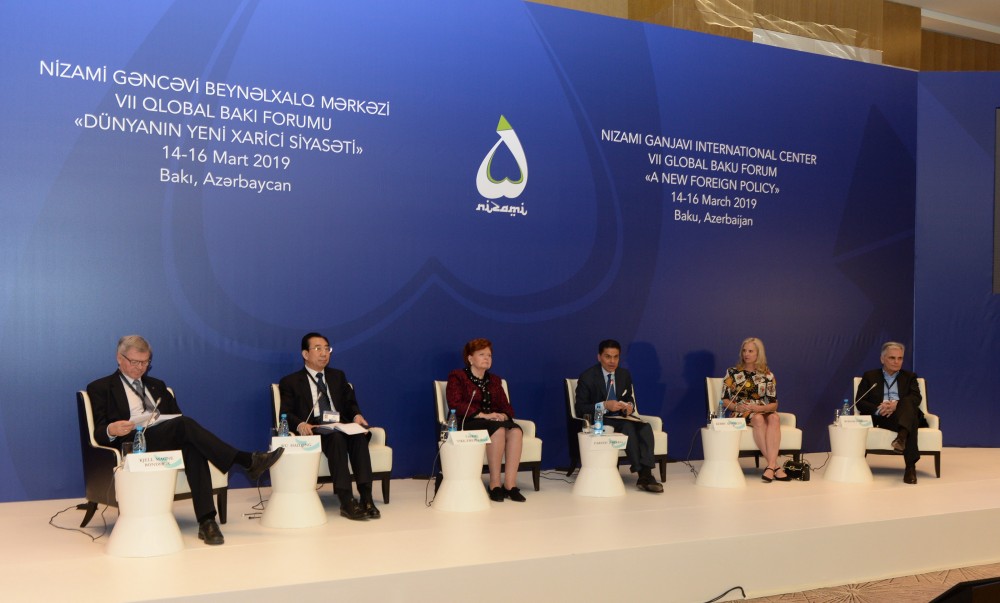 Addressing the event, President of the Chinese People`s Institute of Foreign Affairs Wu Hailong hailed the Azerbaijani government`s support for the organization of the Forum. He also highlighted China’s economic development over the recent years, and said the Chinese economic relations with the EU are worth billions of dollars.

Former President of Latvia Vaira Vike-Freiberga said her country encountered many challenges after the collapse of the former Soviet Union. She said, however, the Latvian people managed to mobilize their strength against all difficulties and built a stable economy.

Former Norwegian Prime Minister Kjell Magne Bondevik spoke about the creation of a modern European society as well as the challenges facing the region during this process. He mentioned that although the European Union takes tangible steps towards addressing these challenges, some problems are still pending.

President of Robert F. Kennedy Human Rights Foundation Kerry Kennedy shared her views on the US role in ensuring global peace. She said it is important that all countries combine efforts towards achieving peace throughout the world. Kennedy said the US recognizes Azerbaijan’s contribution to the establishment of peace globally.

Former Chancellor of Austria Werner Faymann spoke about the different perceptions of democracy in different countries.

The plenary session continued with discussions.