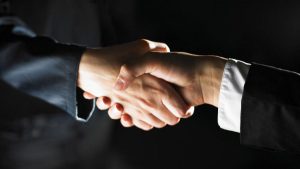 Economic relations between Azerbaijan and South Korea continue to expand.An Azerbaijani-South Korean business meeting will be held in Baku on November 20, the Korea Trade-Investment Promotion Agency (KOTRA) said in a message.Representatives of three Korean companies, namely, GS Global Corporation, BHI LTD and GV International, operating in the energy sector, construction sector, engaged in the production of oil and gas boilers, heating systems, construction of thermal power plants, will attend the meeting.Looking at the profiles of mentioned companies, GS Global is a professional import and export company based in Korea, which expands exports of country to promote domestic economic growth. It conducts trading activities dealing with import and export, offers trading and logistics services, and various products used mainly in oil and gas industry through its overseas offices.BHI Ltd is engaged in the manufacture of industrial equipment, production and distribution of heat generators and boilers, also offers civil engineering services, as well as construction and installation of facilities.  It operates through Power Plants, Steel Plants, Civil Engineering, and Oil and Gas Refinery.     KOTRA is a trade and investment promotion company established to develop mutual cooperation between Korea and its trade partners. KOTRA’s office in Baku was opened in 2008.According to the Azerbaijani State Customs Committee, trade turnover between Azerbaijan and South Korea for the first three quarters of 2018 amounted to about $123 million most of which accounted for the import of Korean goods, whilst trade turnover of last year was $85.5 million.