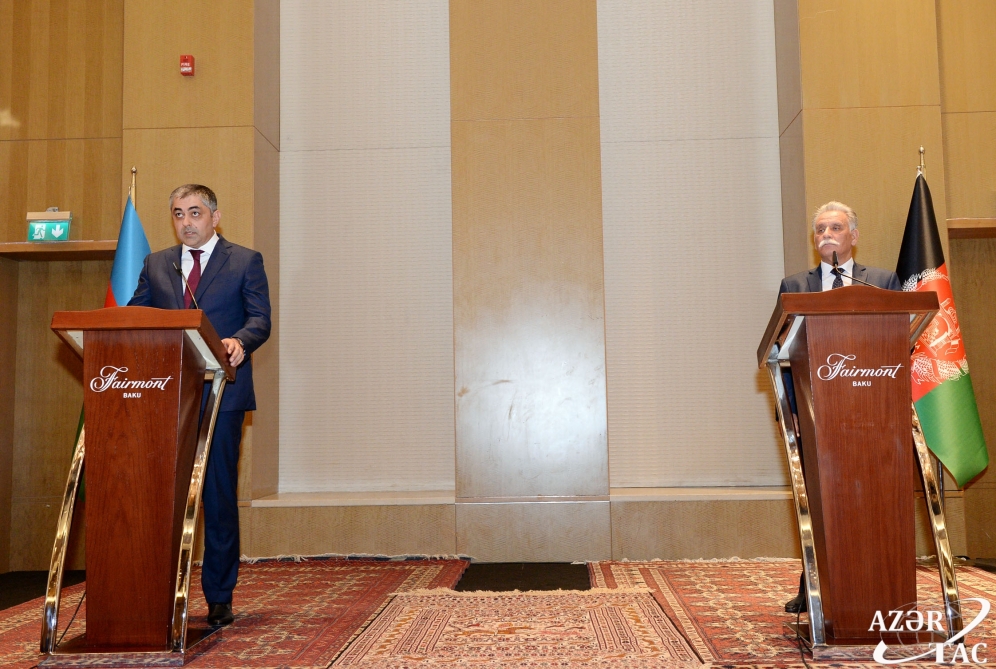 A reception to mark 100th anniversary of Afghaqnistan’s independence has been organized in Baku.

The event started with the performance of the national anthems of Azerbaijan and Afghanistan.

Commending Azerbaijan for constantly supporting Afghanistan in all spheres, the ambassador extended his gratitude on behalf of his government and people to the government of Azerbaijan in this regard.

The ambassador said that the Summit of the Non-Aligned Movement will be held this October in Baku, adding that the Afghan President and Minister of Foreign Affairs are going to attend the meeting.

On behalf of the government of Azerbaijan, Minister of Transport, Communications and High Technologies Ramin Guluzade congratulated the Afghan people on this remarkable day. He said that relations between the two countries have historical roots, and both peoples are bound together by history and culture. “Our relations in different spheres are rapidly developing. The “Heart of Asia” – Istanbul Process 7th Ministerial Conference which was held in Azerbaijan gave an impetus to the development of relations, including economic ones between our countries.”

Ramin Guluzade said that benefiting from the Baku-Tbilisi-Kars railway line would make great contribution to the development of Afghanistan.

The minister commended Afghanistan for supporting Azerbaijan’s fair position on the Armenia-Azerbaijan Nagorno-Karabakh conflict and the country’s territorial integrity. He hailed the growth of trade between Azerbaijan and Afghanistan, and pointed out the potential for expanding ties between the two countries in energy, agriculture, transport and other fields.

Previous Will pension reforms cause teacher shortage at Azerbaijani schools in Georgia?
Next Waltz from Gara Garayev`s ballet to be featured at opening ceremony of Transsiberien Festival