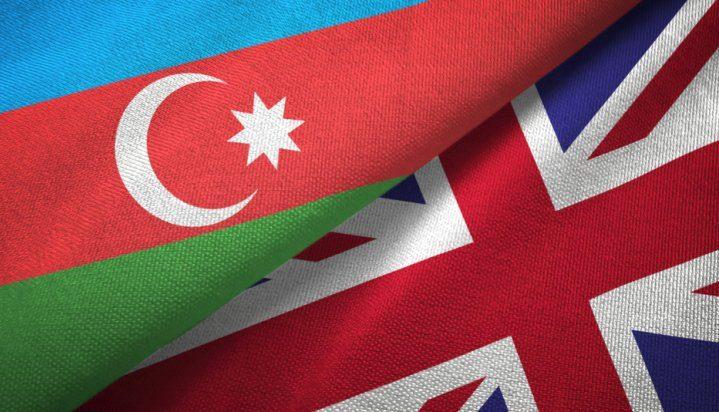 Parliament Speaker Sahiba Gafarova has said that Azerbaijan and the United Kingdom are effectively cooperating in the economic and energy sectors.

She made the remarks at the meeting with a delegation led by the head of the UK-Azerbaijan inter-parliamentary friendship group, member of the UK House of Commons Bob Blackman, on November 11.

During the meeting, Gafarova noted the successful development of strategic relations between the two countries.

Stating that the UK was one of the first countries to recognize Azerbaijan’s state independence, she noted that next year will mark the 30th anniversary of the two countries’ diplomatic relations.

Gafarova noted that there are good relations between the legislative bodies of two countries, which is evident in both bilateral and multilateral formats. She stated that the working groups on inter-parliamentary relations function successfully in both parliaments, adding that both delegations cooperate on a number of issues in international organizations.

Noting that recently the first anniversary of the victory in the second Karabakh war was marked, Gafarova underlined that Azerbaijan is successfully implementing extensive measures to restore its lands liberated from occupation. She emphasized that Azerbaijan achieved a historic victory in this war, restoring both its own territorial integrity and historical justice, by implementing the relevant UN Security Council resolutions on its own.

In turn, Blackman stated that with Azerbaijan restoring the integrity of its borders in the South Caucasus, a new geopolitical reality has emerged. He noted his country’s interest in sustainable peace and security in the region.

He recalled the visit of his delegation to the liberated Shusha and Fizuli cities, during which they had the opportunity to see with their own eyes the destruction made in those places.

“We went to Shusha, a lot had been done to bring the city back to its former state. It amazed us. We saw the destroyed houses where Azerbaijanis used to live. During the occupation no construction work had been done,” he said.

“Returning to Baku, we took advantage of the new airport in Fuzuli, which was built in eight months. I believe this experience will be useful for us. I congratulate the Azerbaijani people on the liberation of the occupied territories! Our cooperation with Azerbaijan will continue to develop in the future,” Blackman added.

It should be noted that Bob Blackman also met President Ilham Aliyev on November 10. The parties noted that the bilateral relations between the two countries have had a very good history since the first days of Azerbaijan’s independence, stressing that the ties are currently developing successfully.

Azerbaijan and the UK are cooperating in different spheres of the economy. There are already 30 years of successful cooperation between the two countries in the oil and gas sector, which entered a new stage of development in line with the challenges of the global energy sector. The energy sector accounts for $ 28.8 billion out of $ 30.6 billion of the UK investments in Azerbaijan’s economy. The UK is also the biggest investor in Azerbaijan.

Tags Azerbaijan and the United Kingdom