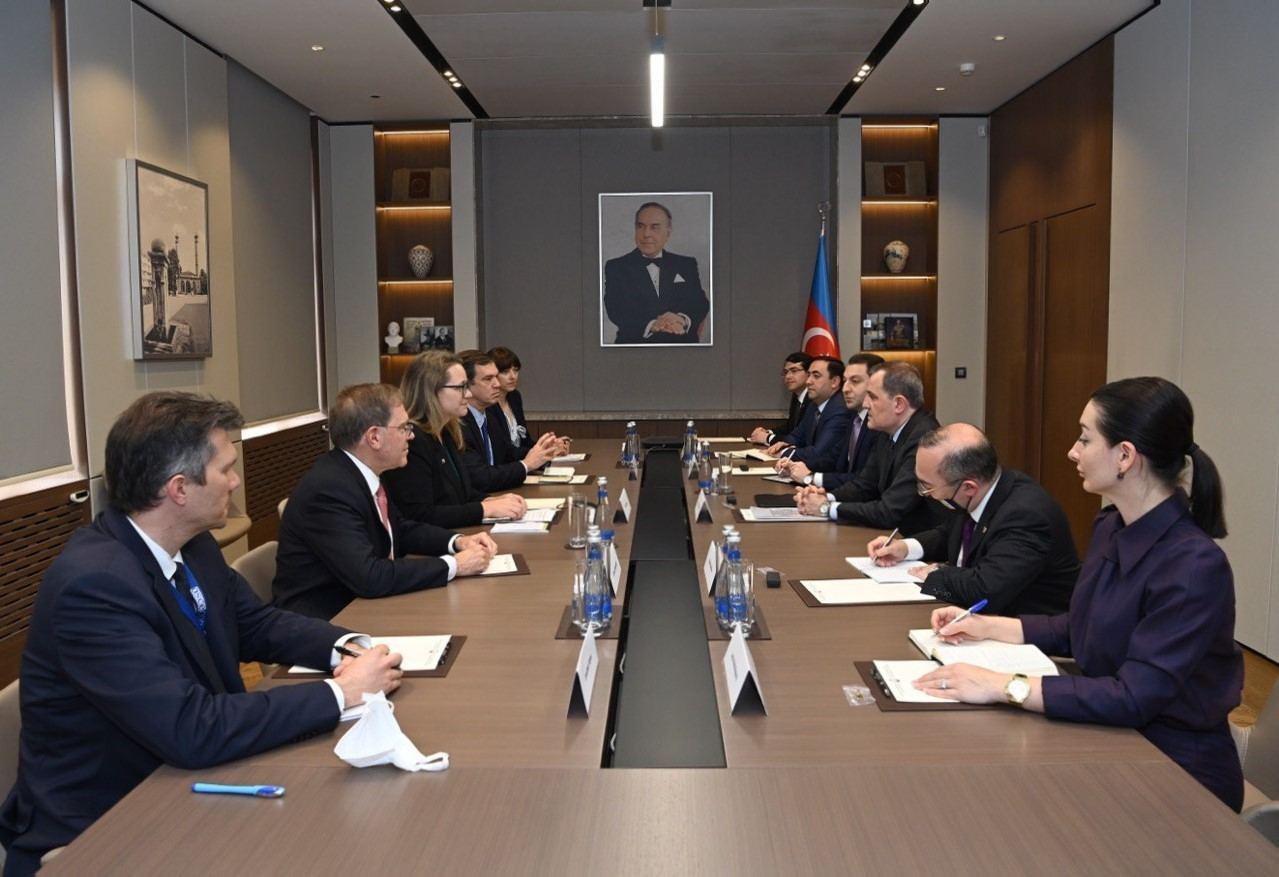 The U.S. official expressed gratitude to the Azerbaijani government for its hospitality at the regional conference of U.S. ambassadors in Baku.

During the meeting, the parties discussed the development of bilateral relations, the current regional situation, and actions made to normalize Azerbaijani-Armenian relations.

Bayramov briefed the delegation on the post-conflict initiatives to normalize Azerbaijan-Armenia ties, including the formulation of a future peace agreement, border delimitation, the opening of all regional communication lines, and confidence-building measures.

He stressed the importance of fulfilling the agreements reached by the sides to guarantee long-term regional peace and security, as well as Azerbaijan’s willingness to move forward in all of these areas.

The situation in Ukraine and other regional issues of mutual interest were also addressed during the meeting.

The meeting was held for a continuation of the discussions on the situation in the South Caucasus region and the development of EU relations with both countries.

The leaders took stock of developments since their last meeting in Brussels in December 2021 and their videoconference, together with French President Emmanuel Macron, in February 2022. They reviewed progress on the implementation of undertaken commitments. The leaders discussed the recently reported tensions and reiterated the necessity of adhering fully to the provisions of the 9/10 November 2020 trilateral statement.

Both Aliyev and Pashinyan have expressed a willingness to work quickly toward a peace agreement between their countries. To that end, it was decided to instruct foreign ministers to begin work on drafting a future peace treaty that would address all of the issues.