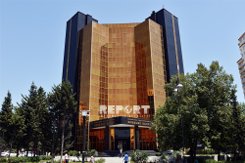 How to strengthen the system and not to lose customers.

The process of economic reform launched in Azerbaijan has the most noticeable impact on the financial and banking sector today.

In recent years, the Central Bank has influenced the quality of the banking market by a fivefold increase in the minimum requirements for the total capital of banks, calls for consolidation, etc. But since the beginning of the year, the regulator has taken more decisive action.

2016 began for the banking sector with cuts. The CBA began to revoke the licences of the market participants one after another. For example, from 18 January to 1 Februar
y, the Central Bank cancelled the licences of seven banks: Bank of Azerbaijan, NBCBank, United Credit Bank, Caucasus Development Bank, Ganjabank, Atrabank and Texnikabank, and, as it turned out, sometimes even unexpectedly for themselves. Therefore, after this decision, one of the closed banks – NBCBank – managed to get its licence back on condition of merger with other “partners”. By the way, quite a few influential players have already expressed a desire and supported with documents their intention to consolidate.

The chairman of the Central Bank board, Elman Rustamov, said that this is only the initial stage of reform, and so far, the system has been left by banks that have lost their solvency. “The problems of consolidation in the financial sector have always been the centre of attention. If you pay attention to the banks that closed, their role in the socioeconomic system of the country was low. On the contrary, they could create problems for financial stability,” he said. Rustamov noted that the entity he heads has given some banks one month to consolidate.

The CBA chief noted that one of the important tasks for
2016 will be to maintain the stability of the banking sector. So, this year the regulator will focus on stress tests that will be carried out to preserve financial stability and good governance in the banking sector.

“The Central Bank will continue measures that will strengthen the role of the financial and banking sector in supporting economic growth and to increase the access of economic entities to credits. One of the CBA’s priorities will be the development of non-cash payments, expansion of electronic payment services and innovative payment technologies,” he said.

Do not lose customers

Although the process of reducing the number of players on the banking market was, in principle, expected and required, experts are increasingly wondering how such sharp and
unexpected changes on the market will affect the level of confidence in the sector by consumers.

In this case, much will depend on how satisfactory is the result of compensation to depositors of banks that have already closed from the Deposit Insurance Fund (ADIF). According to the Fund director Azad Cavadov, the total amount of compensation to depositors of the six banks in Azerbaijan, whose licences have been revoked since the beginning of 2016, according to preliminary data, is estimated at 117.2m manats. It must be said that the Fund quickly reacted to the situation – the process of returning deposits
for a number of banks has already started and active work is under way with the media in order to ensure transparency.

To increase public confidence in the banks, changes were made to the legislation stipulating full insurance for all deposits regardless of their amount. Previously, the insurance system covered deposits worth up to 30,000 manats or with a rate of no more than 12 per cent a year. At the same time, restrictions on interest on deposits, which will be differentiated depending on the deposit currency, will be maintained.

No one doubts the usefulness of these innovations for maintaining a high level of confidence in the banking sector, and they have been adopted precisely to this end. But this raise
s another question. Cavadov himself admitted that after the payment of compensation to depositors of banks whose licences were revoked, and if they are all found to be insured incidents, the insurance reserves of the fund will be fall from 132m to 14.7m manats. According to Elman Rustamov, the population’s deposits in banks exceed 9.3bn manats. It is clear that all banks will not be closed, but will ADIF have enough funds if a decision is made about another 3-4 banks?

As it turned out, there is no reason to panic here. “The Fund will continue to receive calendar payments. During the first quarter, the Fund will receive about 7m manats, and during the year – about 30m manats. In addition, according to the law, if our money runs out, we can take loans from the Central Bank or from the state. In this case, according to the law, calendar payments from banks also will be increased
from 0.5 per cent of the total amount of insured deposits to 0.8 per cent a year,” Cavadov said.

In short, there are no reasons “to turn away” from the banking sector. All the more so changes have been made to the Tax Code, providing for the application of tax holidays while taxing citizens’ interest revenues on bank deposits. In addition, the changes will also involve exemptions from taxes on incomes in the form of dividends, discounts and interest incomes on investment securities.

According to Rustamov, the banking sector in Azerbaijan as a whole is stable and is characterized by high rates. “The level of liquidity in banks is about 5bn manats. Currently, the adequacy of capital in Azerbaijan is 14 per cent, which is higher than the 8-per-cent international norm,” he added.

Experts also point to the more positive role of the chamber to monitor financial markets, created a few days ago, for the development of not only banking but also the whole financial sector of the country. It must be noted that, according to the decree of Azerbaijani President Ilham Aliyev, the relevant public entity was created for the purpose of licensing, regulating and supervising the activities of the securities market, investment funds, insurance companies, credit institutions and payment systems. Also, the functions of the chamber include the improvement of control systems in the sphere of combating the legalization of money or other property obtained in a criminal way and financing of terrorism, as well as ensuring the transparency and flexibility of the control system in these areas. According to the decree, the head of state will determine
the statute, the structure and composition of the board of the chamber within a month. From that moment, the activity of the State Committee for Insurance Monitoring under the Ministry of Finance and the Financial Monitoring Service under the CBA will be discontinued.

If formulated shortly, the new structure will provide a unified regulation of the financial market. “This principle is successfully applied in global financial centres, and in its work, the chamber will be guided by this progressive international experience,” the service of the assistant to the president of Azerbaijan for economic reforms says in a report.

According to CBA chief Rustamov, they decided on this consolidation based on international experience. “The creation of the house to monitor financial markets will allow a shift to a common policy and common standards of regulation on the financial markets,” he said. At the same time, Rustamov noted that in this area the implementation by the Central Bank of its functions will also be facilitat
ed: “As the CBA’s function of ensuring financial stability has not been eliminated and remains in the same form, we will make joint efforts to create financial stability.”

It is noted that in order to ensure transparency, the house will be managed in accordance with the principles of collegial governance, and principles of operational and financial independence will be taken as a basis.

Thus, no matter how painful the reforms are for a number of participants in the financial and banking market, it is the only way to maintain overall stability at a time of crisis.

Previous THE LIQUID ALTERNATIVE
Next “WHITE GOLD”: THE COST OF THE ISSUE 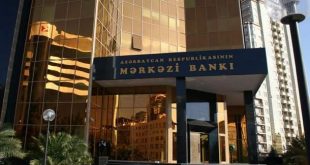 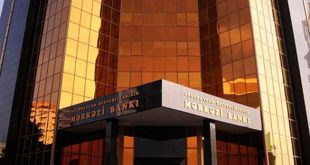 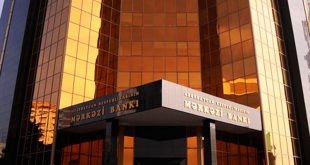