Home / Economy / BP Chief Executive Officer: Further expansion of cooperation with Azerbaijan is in line with business interests of BP

BP Chief Executive Officer: Further expansion of cooperation with Azerbaijan is in line with business interests of BP 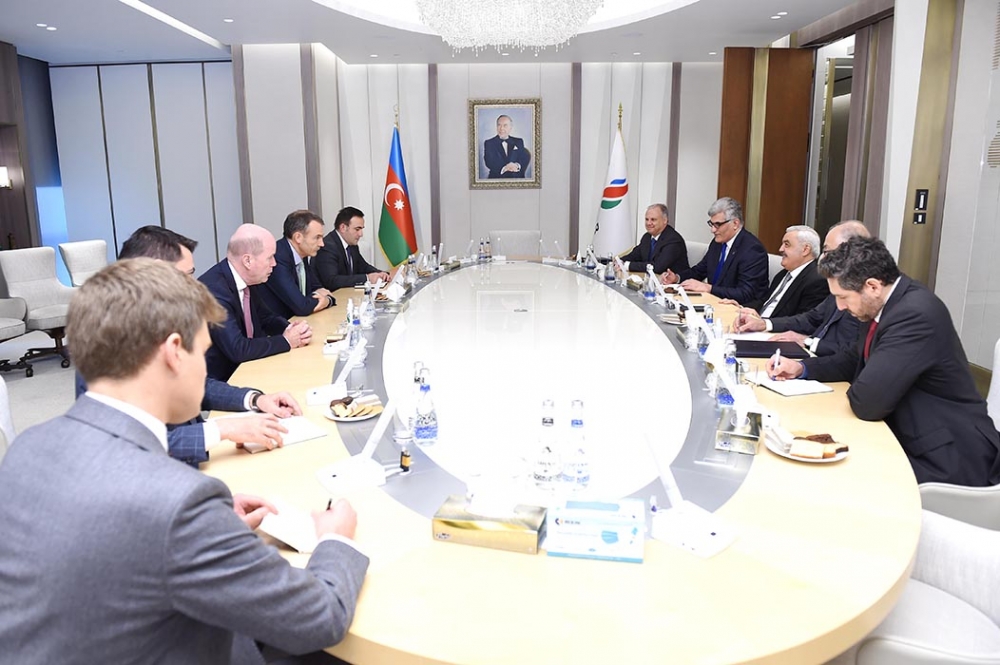 “Further expansion of cooperation with Azerbaijan is in line with business interests of BP”, said Chief Executive Officer of BP Bernard Looney as he met with President of Azerbaijan State Oil Company (SOCAR) Rovnag Abdullayev at SOCAR’s main office.

Emphasizing the importance of the meeting between President Ilham Aliyev and the representatives of BP, SOCAR President Rovnag Abdullayev highlighted the positive dynamics of relations between the two companies.

The sides discussed opportunities to further accelerate a number of joint projects, considering that the situation with pandemic has changed for the better. They also exchanged views in particular, on issues such as ensuring the sustainable development of existing fields, joint efforts to discover new fields, as well as the effective continuation of the pipelines operation in which both companies have shares.

The sides described the unwavering commitment of BP, which has been cooperating with Azerbaijan for many years, as well the company’s successful results as an indicator of optimal strategic approach and effective collaborative actions.

They highly appreciated the completion of a complex and huge project, such as the Southern Gas Corridor by SOCAR and BP, which has been implemented on time, on schedule, with high quality and below cost.

BP Chief Executive Officer Bernard Looney hailed the close and fruitful relations between the company and SOCAR, also emphasizing the highest level of development of the cooperation model established by joint efforts. He described the successful continuation of the Azeri-Chirag-Gunashli project for almost 30 years, the Shah Deniz project for 20 years, as well as the production of 4 billion barrels of oil under the Contract of the Century as a clear manifestation of continued and fruitful relations.

BP CEO Bernard Looney expressed their determination to continue the business relationship, to maintain and increase production, and continue their efforts to explore new fields.

Previous Azerbaijan, UNESCO partnership to turn 30 years
Next Gunay Afandiyeva: We propose to build a cultural center of the Turkic world in Karabakh